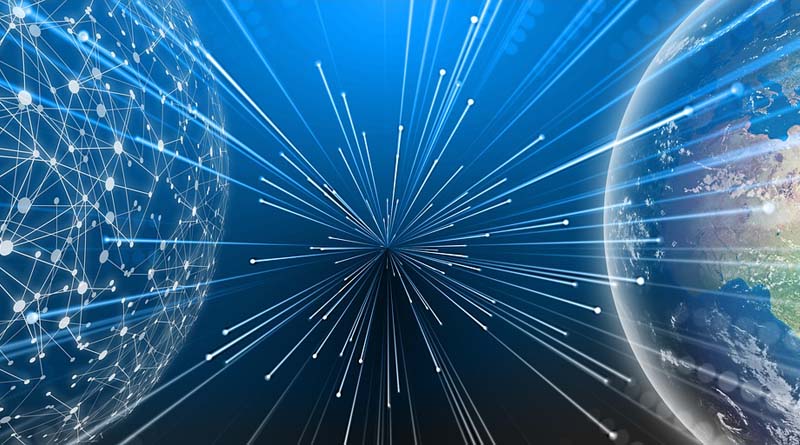 What if blockchains and tokens made it possible to create virtual organizations, without a classic management structure? What if the business of tomorrow was self-managed, collegial and largely based on computerized processes?

In the wake of the emergence of crypto-currencies, DAO (Decentralized Autonomous Organization) appeared, organizational structures that are both decentralized (because they are based on public blockchains) and autonomous (in the sense that they avoid hierarchical processes. standard and are based in part on smart contracts that run automatically).

But the DAO story got off to a bad start. In 2016, “The DAO” was launched, a very ambitious project intended to demonstrate the value of the concept of decentralized organization. Except that a security flaw in a smart contract, exploited almost immediately, resulted in the hacking of around $ 50 million – and the near instant death of the project.

Despite this resounding fiasco, DAOs have multiplied and some have proven their worth.

Seen from the outside, DAOs are therefore more or less informal structures bringing together individuals for a common goal. For Aragon, one of the oldest CAD creation platforms, it is an evolution of the virtual community, becoming more productive: “CAD allows group decisions to be made, individuals to be rewarded for their contributions and everything else. share for a common benefit”. DAOstack, another platform, gives an even more minimalist definition: “A DAO is a network of shareholders, without a central governance body, just a set of rules encoded on a blockchain”.

More prosaically, we can also see the DAO as a decentralized application (dApp) offering a variety of tools and programs facilitating collaborative work and collegial decision-making: secure messaging, voting system, governance tokens (issued on a blockchain and whose possession brings a right to vote), dispute resolution device (also based on blockchains)…

In short, the DAO is a kind of hybrid, somewhere between a (collaborative) toolbox , an association (but which can be for-profit and whose procedures are largely automated), a listed company (but where shareholders’ votes relate to operational choices) and a form of community development like free and open-source software (but where financial flows are integrated, for example to remunerate developers). All entirely based on blockchains and crypto-currencies.

From DAO to DeFi

Several of the biggest decentralized finance (DeFi) protocols, like Maker, Curve or Aave, which each weigh several billion dollars, are managed by DAOs. It is the holders of their respective governance tokens who decide on the main orientations of these platforms.

For example, MakerDAO, one of the oldest DAOs, works as a self-managed credit organization: any Internet user can obtain a loan in DAI (a stable cryptocurrency at $1) as soon as he has placed in a smart contract collateral guarantee in cryptocurrency. Originally, this guarantee was necessarily in ethers (ETH) but, in 2019, the community of users with MakerDAO tokens (MKR) voted to decide to extend it to several other cryptocurrencies. Likewise, participants vote regularly to establish the base interest rates for loans (which vary according to the crypto-currencies concerned). It’s a bit like a bank’s customers voting to decide which currencies are accepted there, what interest rates are charged, or what types of collateral are needed to obtain credit…

Hundreds of votes have already taken place on MakerDAO (and continue to be organized regularly). Once the vote is completed, smart contracts (thus impacting the credit allocation process or the operation of the platform) come into force. The device thus forms a clever mixture of decisions taken collectively and of computer code executing these decisions. All in a strongly empowering logic: MKR holders have every interest in seeing the system work flawlessly, since this token is listed on the markets and any “bad” decision would risk lowering its price (therefore the assets of the participants). at the DAO).

DAOs to Do It All

If the best known and most active DAOs are all in the field of DeFi, the principle of DAO is not limited to the financial world.

We have seen DAOs being created to collectively acquire expensive NFT works of art. Others came up at the start of the COVID pandemic as so many citizen initiatives to collect donations or manage voluntary distributions of masks. In 2019, a YangDAO was formed to support Andrew Yang’s candidacy for the White House. “Neither a company, nor a campaign committee. No board of directors, no managers and no employees, just members brought together by smart contracts in open source” , we described at the time, with the objective of organizing or launching various initiatives and varied to promote the candidate.

Today we find DAOs of all sizes, of all types and in many fields, sometimes at the crossroads of several sectors. In November 2020, for example, Definitize was launched , a DAO dedicated to health financing through DeFi, “100% operated and governed by the community and serving the interests of patients and doctors” .

In another genre, the 3D virtual world Decentraland is managed by a DAO: the members of the community vote to decide on the codes of conduct in force, the clothing authorized for the avatars, or many other aspects of the functioning of the platform. Traditional companies are also sometimes transformed into DAO. Gitcoin, a start-up launched in 2017, used by 120,000 IT developers to finance their OpenSource projects via cryptocurrency donations, has just announced the creation of its governance token (GTC) and its transition to a DAO.

While thousands of DAOs have already been created, it is likely that few of them are actually active or even viable in the long term. But this does not prevent the sector from appearing to be maturing and even settling into the landscape of digital society.

Technically, DAOs have most often been developed “by hand” in the wake of a crypto project and on the Ethereum blockchain. But there is now a myriad of platforms and toolboxes, such as Aragon (the most famous), DAOHaus, DAOstack, Colony or even Metis, making it possible to create an almost “turnkey” DAO, even without much technical skill.

From a legal standpoint, we can see that some jurisdictions are beginning to accept the principle, notably in several states of the United States. Shortly after Virginia, the state of Vermont thus created in 2018 the status of a “Blockchain-Based Limited Liability Company” (BBLLC) and, in 2019, Org’s blockchain development cooperative considered itself to be the first DAO officially recognized as a legal entity under US law. After a law passed just recently, another state, Wyoming, will also recognize DAOs from July 2021 as special forms of limited liability companies. These are key stages in the history of DAOs, which acquire a legal status (legal, financial and fiscal) in their own right.

“DAOs effectively allow new forms of division of labor (according to a modular and distributed decision-making process), new forms of task assignment (blurring the distinction between “owners “,” contributors “and” users “), and new ways of rewarding participants (by removing the subjective evaluation and promotion provided today by managers, to transparently introduce the reward mechanisms directly into the computer code) ”, summarize five academics from five countries in a study published at the end of 2018 in the Journal of Organization Design .

A meta-analysis of 31 university studies specifically dedicated to the use of blockchains in terms of organization, published in April 2021, also concludes that “the new organization based on blockchains, smart contracts and distributed systems is becoming more reliable, more integrated, more agile, faster in terms of decision-making and operational processes, compared to a traditional organization” .

Towards A Decentralized World

So, could DAOs make a difference or establish themselves as the dominant model? Should this be seen as a significant evolution of the business principle? Difficult to say, but at least we can put forward several arguments showing that they are here to stay.

First, DAOs are part of an evolution. They draw their roots from some of the strong principles that have marked the emergence of the digital society: collaborative development (e.g., Mozilla), collective intelligence (e.g., Wikimedia) or crowdfunding (e.g., Indiegogo), for example. They are therefore a kind of culmination of the logic of digital thought collectively.

DAOs also resonate with very current organizational, social and economic trends, such as the emergence of the “gig economy” (uberization, temporary work, freelancers, etc.) or teleworking. Blockchain and tokens are some of the most notable new technological bricks of recent years. Combining transversality and blockchains to give birth to less structured, more collegial, more democratic organizations seems to be in tune with the times.

Finally, DAOs also mark a form of rejection of an overly centralized model concentrating power. The DAO is notably anti- GAFAM, and even “anti-system”, as the main players in this universe readily recall. “The Internet has opened the doors to surveillance and global manipulation. We believe that humanity should use technology as a liberating tool to unleash the goodwill and creativity of our species, rather than as a tool to enslave and take advantage of each other ”, proclaims the Aragon Manifesto, which calls for to “decentralize power” and “to allow everyone to express themselves so that the common goods are governed responsibly by their communities” .“Imagine versions of Facebook or Uber developed and managed by their own communities,” adds DAOstack.

However, as we know, many crypto and blockchain-based projects are products and services directly competing with those of GAFAM. The logic of DAO goes to the end of reasoning, proposing structural and organizational alternatives to the GAFAM model.

We must remember that DAOs of very significant size have existed and have been operating for several years. If a DAO makes it possible to successfully manage a project weighing several billion dollars, could the model not be applied to other use scenarios, or for organizations of various sizes?

As DAOstack notes, DAOs can be used “to manage physical spaces, such as co-working places, buildings in co-ownership or cafes”. They could undoubtedly constitute an interesting development for associations and NGOs, many of which live on donations or subscriptions from their members. They can be used to reinvent the financing models of software companies, such as video game development studios.

For example, In the crypto universe, Pilar, a digital wallet, plans to become a DAO whose members decide for themselves what features they want to see added or what marketing initiatives to carry out, while sharing the profits generated by the application. Even in terms of management and territorial administration, DAOs could transform the decision-making processes in force, as the NEDAO project in the canton of Neuchâtel in Switzerland urges. The idea is to establish a collaborative platform for “Allow citizens to propose, launch, manage participatory projects or shared innovations, and decide on governance choices that concern the DAO itself, the directions to be taken within the managed projects, or external objects for which the platform will be used for e-voting purposes”.

However, DAOs may not apply to all types of organizations and businesses. But they question (and call into question) some of the foundations of the usual structures – organization, management, decision-making, profit-sharing or even remuneration – and will undoubtedly materialize in the years to come by more transversal and less hierarchical solutions, likely to redistribute decision-making and financial power.