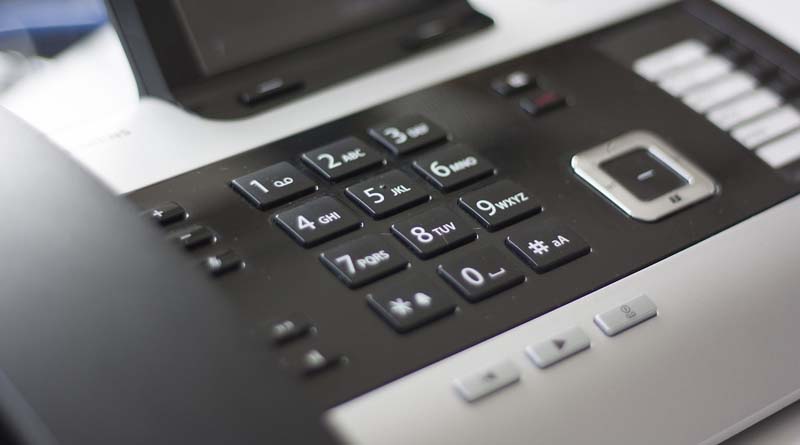 Workplaces are moving online, allowing businesses to benefit from smooth and seamless communication. Freeje and other providers have made this possible.

That’s why it’s so much easier now to expand your operations. Before, you have to come up with a substantial amount of money to open up a location in another area. Right now, all you need is a VoIP system and a stable internet connection.

As great as that may be, a lot of entrepreneurs are still wary of upgrading their systems to VoIP. They’re dwelling on a misconception that switching would expose all their confidential information to greater risks. But as you’ll find out, this isn’t the case at all.

With VoIP, you’re transferring and receiving packets of data over the internet constantly. No actual wires involved!

As with everything that’s on the internet, it’s possible that it can get hacked or exposed to vulnerabilities. But at the end of the day, whether or not that happens depends on you.

Think of it this way: your house won’t be secure if you keep the doors unlocked and the windows open. But that doesn’t necessarily mean that a house in itself isn’t secure because there are actions you can take to improve the situation.

It’s the same with VoIP. Knowing what the risks are and how to mitigate them is the key to determining the level of security of one VoIP system.

What are the risks associated with VoIP?

The biggest danger is getting locked out of your system. But it will take extreme carelessness on your part or your employees’ for this to happen.

Under relatively normal circumstances, the most imminent risk is having the calls listened to by an unauthorized person. This may sound harmless until someone slips up confidential information over the phone. And if you’re taking credit card information or discussing trade secrets, these may be stolen by anyone who’s listening to the call.

And that danger is bigger than you think. A lot of VoIP systems don’t have encryption, giving hackers a lot to exploit.

If the calls are just within a VoIP system, this isn’t much of an issue. But when a call is made to an outsider, the risk increases exponentially.

What can you do to manage these risks?

Considering the risks associated with VoIP, it’s very important to manage these risks at every level. Taking the necessary measures for it will allow you to maximize the benefits of your system.

This sounds like something so basic, but it’s actually very important. As we mentioned earlier, a lot of VoIP calls aren’t encrypted.

And encryption would allow you to securely transfer VoIP data over the internet because even if someone intercepts them, they wouldn’t be able to understand it.

If you’re using the lines to discuss information that could potentially lead to identity theft or even loss of reputation, encryption is a worthy investment.

When you get your VoIP system, you’ll have a set of passwords for every account in it. And the first thing that your staff should do is change them.

If you’re buying VoIP phones, the manufacturer assigns a default password. And each of them has been to someone because it’s either stuck on the phone or printed with the manual.

By changing the password right away, the only person who could use a particular handset is you.

As with any password that you’ll use in relation to the VoIP system, change them regularly following a determined minimum requirement. For example, you could release a memo indicating that the password should have both uppercase and lowercase letters, at least one number, and a symbol.

3. Use a Virtual Private Network (VPN)

If your staff is working in different places, you’ll need this to secure data and prevent any loss of information. VPN is simply a virtual version of a local access network where each device is literally connected to each other through a LAN device.

This operates the same way, except that everyone doesn’t have to be in the same place for it to work.

Two-factor authentication ensures that it’s actually you who’s using the account and not someone who’s trying to get in the system. It’s a great way to ensure that even if people have weak passwords, those wouldn’t guarantee access to the system right away.

And this shouldn’t apply just to your account in the VoIP system. It should be used for any relevant application and software that you use in conjunction with VoIP.

In ensuring that what you want private remains private, the key is redundancy. It’s also important to partner up with a reputable provider like Freeje that values convenience by providing phone apps as well as security by providing high-level encryption with all their services.