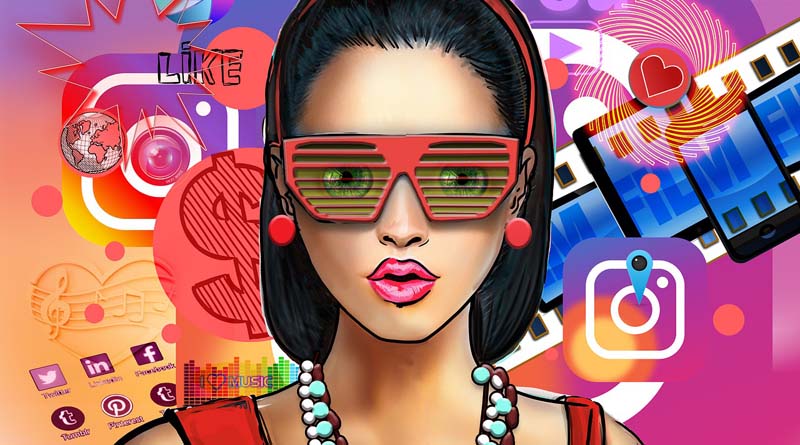 Web 2.0 has fostered the emergence of new communication and collaboration tools for its users. Among these innovations, streaming cannot be ignored in that it has taken advantage of technological advances in the field of networks: because of the democratization of broadband in homes and soon the deployment of 5G, almost everyone is now likely to be able to access very high speed streams.

It is for this reason that streaming, allowing the continuous playback of audio or video streams, is impacting more and more sectors. This innovation has revolutionized our consumption patterns by providing an alternative to downloading content and a fortiori to purchasing physical products.

Historically, streaming was first popularized through the video industry with the advent of giants such as YouTube or Netflix, in that these platforms allowed their users to watch dematerialized video content without having to download it.

In order to counter the increase (legal or illegal) in music downloads, also triggering a major crisis in the economic models of players in the music industry and in particular the recording industry, music streaming has become a habit for lovers of musical content. with the highlighting of platforms like Spotify or Deezer.

The impact of Covid-19

While technological developments have allowed the emergence of streaming, the Covid-19 has confirmed its peak.

Indeed, through the confinements and curfews imposed on the population, the possibility of buying physical products (CDs, DVDs, vinyls) is restricted and the possibility of going to cinemas or shows is totally impossible. This health crisis has therefore accelerated the use of digital. Digital, which was only an option, has therefore become an obligation, even a necessity, making it possible to discover the existence of streaming to a new audience for whom it was the only and last possible option to continue to access such video or audio content.

In this sense, it is normal to see an explosion in the number of subscribers to streaming platforms during periods of confinement. For example, the Swedish giant Spotify saw its number of users increase by 31% in 2020 for a total of 345 million users  when the American juggernaut Netflix had 15.8 million new subscribers for the period of January-March 2020 confinement, a third more than for the same period in 2019, bringing its total number of subscribers to 183 million.

Faced with this constant and global increase in users of streaming platforms, many companies have embarked on R&D in order to sustain their growth: this is where Artificial Intelligence (AI) at the heart of the business now comes into play

Innovation in the service of streaming

Users use streaming platforms mainly on their smartphones or tablets for music streaming, and on their mobile devices more generally for video streaming.

This mode of streaming consumption encourages companies in the targeted sectors to innovate, in particular with Artificial Intelligence. Aware of this almost exclusive use of their applications on smartphones, and designed to do so, these platforms are innovating through AI in order to improve the quality and interactivity of their products as well as to strengthen the perceived customer / user experience. by the subscriber.

In January 2017, Spotify launched its “Autoplay” in the preferences of subscribers. This system selects musical pieces resembling those that the user listens to and likes in order to recommend relevant titles for him to discover, thus creating an interaction with the platform and a possible strong bond of trust in the suggestions offered by Spotify.

As such, it is interesting to note that in 2018, Spotify filed a patent covering a technology making it possible to analyze sound recordings to detect characteristics of the voice and the sound environment of its users. This technology was registered to then refine the personalized music recommendations provided by the platform to each of its users.

Still in the music industry, the young French production company Believe, with a stake in IRCAM (Institute for Research and Coordination in Acoustics/Music), has developed by focusing on digital technology and recently on AI. Indeed, with an AI that it has developed in-house, Believe is able to automate and analyze its base of songs using algorithms and to associate each song with a feeling, an emotion (for example example, if it is relaxing music, sad music, music for dancing, romantic music, etc.) to then be able to create playlists corresponding as closely as possible to the emotions felt by and to the tastes of its user.

Better yet, a Finnish startup created in 2017 indicates that it is able to predict what will be the hits of tomorrow. Via the Artificial Intelligence it has developed, Hyperlive defines a number of criteria to qualify content (style, genre, rhythm, sequencing, tone, speed, etc.), and compares them with emotions and attitudes that they cause in the user according to these. In view of the results, it presents each week which titles will work or not in the coming weeks. The success rate of these predictions is impressive.

On the video streaming platform side, Netflix has made AI one of its main growth levers. Indeed, one of Netflix’s economic objectives is to lose as little money as possible because of series or films that have not had the expected success. To do this, Netflix must develop content that it is sure (or almost) that its subscribers will like, or at the very least that will be streamed by said subscribers. It is for these reasons that Netflix has developed many algorithms and filed many patents related to AI.

In a December 2020 blog post, Netflix explains how AI, and in particular Machine Learning, is an integral part of its process of choosing, creating and recommending content. Indeed, Artificial Intelligence modeling allows it to minimize its risks and offer a maximum of content likely to please users by anticipating their expectations and thus offering them what they want. To achieve this, Netflix’s AI is able to analyze the metadata of the content offered by the platform (such as, for example, the content, the duration, the type, but also the summary of texts proposed for each content and designed by de real copywriters). Once this data is analyzed, Netflix can model similar behaviors within the same country and offer differentiated content according to the location of each user.

Very recently, in February 2021, Netflix also announced the launch of a “Download for you” function by which the platform offers the user, in anticipation of a plane trip for example, to automatically download content, movies or series, directly on his mobile device, this automatic download being carried out directly according to the tastes of the user, analyzed by the viewing history, and by his location.

Finally, in order to prevent the same account from being shared between several users, Netflix has recently used an Artificial Intelligence which makes it possible to identify when the same account is used at the same time by two users located in two different places, and then to block access to one of the users.

As for YouTube, AI is also everywhere there. YouTube algorithms are constantly influencing trend feeds, notifications, recommendations. Indeed, the goal of YouTube is to keep its users connected as long as possible, and to achieve this, YouTube must offer them the most relevant content and even the most to capture their attention.

In the same way as mentioned above, the AI ​​underlying YouTube analyzes the metadata of the videos that the user watches, likes, shares, as well as the searches carried out on YouTube by the user, before comparing this information with those of other videos on YouTube. The most similar will then be suggested directly to the user. This is how the phenomenon of cat videos on YouTube went viral.

Thus, by taking part directly or indirectly in the user’s choice of the content he views or watches, Artificial Intelligence becomes in a way a new 100% digital influencer of the user who nevertheless remains free to consume or not. suggested or downloaded content.

This streaming phenomenon is also developing in other sectors, with growing importance, such as the gaming sector with the advent of the Twitch platform, or the fashion and luxury sector where parades are now accessible to everyone directly by streaming on the websites of luxury houses, and no longer to a limited number of privileged people.

Since streaming allows democratization and remote access, by everyone and for all, to a large amount of content, players in the audio and video fields have not been wrong in betting part of their strategy on Artificial Intelligence.

It is true that even if it does not solve all the problems specific to these fields of activity, Artificial Intelligence is able to improve the chances of success and growth for these many players, guaranteeing them a future as sustainable as possible.