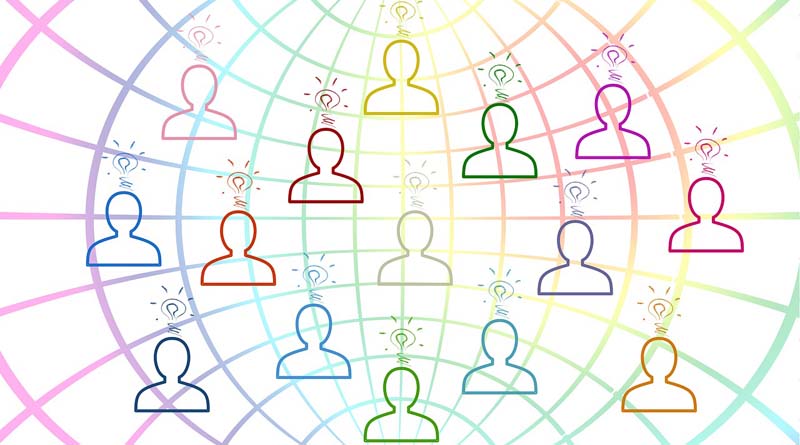 In the mid-2000s, global demand for dairy products suddenly tripled in the space of a few months. After a decade of stability, dairy producers could no longer rely on predictive models based on data. As a result, industry players have relied on collectivization of agriculture, closer to consumers, to better understand and model the drivers of this new demand.

A few years ago, Lumenogic collaborated with a team of marketing researchers to make a market prediction within a Fortune 100 company, focusing on new products. This predictive method proved more relevant than data-based predictions in over 67% of cases, reducing the average error by about 15%, and reducing the error range by 40%.

Over the past 20 years, prediction markets have become famous for their ability to outperform polls in predicting election results. Couple years ago, as part of the US presidential elections, the collective intelligence of Hypermind’s traders surpassed all the data-driven statistical prediction models put in place by the media giants. The explanation is simple. It is able to aggregate much unstructured information about what makes each election unique, at a level inaccessible to statistical algorithms, however sophisticated they may be .

Despite the current flow of structured, fast-paced data, it’s important to keep in mind that the world is full of unstructured data. Only the human mind finds a meaning. So, if you find yourself searching for answers in vain while exploring Big Data, remember that it could remedy the problem.

Researchers from the Welcome Trust Sanger Institute and Imperial College London have developed Microreact. It is a free platform for visualization and real-time monitoring of epidemics. This tool has been used to monitor epidemics of Ebola, Zika, and antibiotic-resistant microbes. The team collaborated with the Microbiology Society to allow all researchers worldwide to share their latest information about outbreaks.

Until now, data and geographical information on the movements and evolutions of infections or diseases have been confined to databases that are inaccessible to the public. The researchers had to rely on information published in articles on research, sometimes expired. They contained only static visuals with a small portion of the epidemic threat.

The Microreact system is cloud-based, combining the power of open data and the collective intelligence of the web to provide real-time global data visualization and sharing. Everyone can explore and review information with unprecedented speed and accuracy. This tool can play a key role in the surveillance and control of epidemics such as Zika or Ebola.

Data and metadata are uploaded to Microreact from a web browser. They can then be viewed, shared and published from a permanent web link. The partnership with Microbial Genomics allows the journal to create data from prospective publications. This project promotes open availability and access to data, while developing a unique resource for health professionals and scientists around the world.

The work of Dr. Kathryn Holt and Professor Gordon Dougan is a great example of how Microreact can democratize genomic data and the resulting insights. The latter recently published two articles on the global distribution of typhoid bacteria and drug-resistant epidemic spread. They also published their data directly on Microreact to help other researchers develop other work.

By publishing this data on Microreact, the researchers ensured the durability of the data. They allowed others to learn from their work. They used the information as a basis for comparison or foundation for future projects. Microreact also allows individual researchers to share information on a global scale and in real time.

By 2050, humanity will likely face many problems. The rise of the oceans, global warming, the scarcity of resources are some of the challenges we will face. To achieve this, we can and will have to rely on collective intelligence.

With the rise of internet forums, research groups, wiki pages, social networks and the blogosphere, new methods of problem solving have emerged. Scientists now perceive the internet as a common research group. This mode of learning and communication that can be categorized in collective intelligence can determine consensus of many minds to find an answer to complex challenges.

The MIT Center for Collective Intelligence is developing an online forum called Climate Collaboratorium. This forum is presented as a computer model in perpetual evolution. It represents the atmosphere of planet earth and human systems. It is powered by online science chat rooms. All variables and climate-related factors, how the environment, interactions with humans and ecology are included in this evolutionary model.

The professor Thomas W. Malone, founder of the center, compared Collaboratorium the Manhattan Project. The latter developed the atomic bomb during the Second World War. The difference is that the Collaboratorium aims to solve a problem concerning all human beings. With new technologies, starting with the Internet, it is possible to federate many more people than during the Second World War.

At the end of 2014, Climate CoLab had 33,000 members from more than 150 countries. NASA, World Bank, Union of Concerned Scientists, many universities and other government agencies are involved in the project. The project aims to combine all the possibilities of human beings to fight against climate change. Social, political, economic, and engineering solutions are reviewed.

Boeing uses the creative potential of collective intelligence to design jets. The 787 Dreamliner was created in collaboration with more than 1,000 partners each proposing their ideas to create the ultimate aircraft. This jet, marketed in 2011, incorporates design elements of the 777 combined with composite materials such as carbon fiber reinforced plastic. This represents about 50% of the main structure to replace aluminum. This jet has set a new standard in terms of efficiency and comfort.

In order to speed up the low-cost design process for this innovative aircraft, Boeing has decided to rely on its suppliers. The Global Collaborative Environment (GCE) links all members of the 787 design team. Previously, Boeing designed 70% of the aircraft. Then, they left their 43 suppliers and many other subcontractors from 24 countries to collaborate on 135 sites. For the project’s progress, these partners abandoned their respective computer-aided design systems for the common language and format of the Boeing Catia V5 system. With this standardized program of data communication and design, Boeing has reduced its documentation from 2,500 to 20 pages.

Collective intelligence, online research groups, cloud storage and Big Data are the new drivers of creative thinking . The complex and critical problems that humanity faces today require the deployment of solutions faster than before. This is why the use of these technologies is now essential.

The Seoul Innovation Challenge aims to use collective intelligence to solve the urban problems faced by Seoul in the areas of security, environment and traffic. This challenge took place over 200 days, and was open to citizens, foreigners, businesses and universities. The key words are cooperation, innovation, and openness. When someone suggested an innovative idea on the platform, all participants embarked on a collaborative process with 100 professional mentors in the next 7 months.

The preliminary stage took place in July 2017. 32 projects were chosen. During the next three months, ideas were developed. The final stage takes place at the end of November. Support will be provided to 32 projects for commercialization. Intellectual property registration, demonstration and development of partnerships, as well as investor research will be assisted. It was possible to register for this project of collective intelligence on the official website.

The French philosopher Pierre Lévy, specialized in collective intelligence, develops since 2015 a software allowing to analyze the data coming from the social networks. He wants to understand the real motivations of humans. This software makes it possible to automatically transform the words of various languages ​​into a symbolic algorithmic hyper-language entitled “Information Economy MetaLanguage”.

For the philosopher, this collective form of intelligence is opposed to Artificial Intelligence. Its goal is not to make computers smarter, but to use computers to make humans smarter. To do this, Lévy intends to create a universal categorization system as flexible as natural language. It will be used to classify the countless data available on the web. The semantic relation determines the orchestration of the data. This system will allow the emergence of new ideas. In short, the IEML makes it possible to connect the ideas with computer science. The philosopher considers that the Internet already represents a form of intelligence of this type but wishes to add a notion of reflection.

Aware that this system could allow large companies such as Apple and Google, or government agencies like the NSA to access a quantity of information of unprecedented scale, Pierre Lévy said that its purpose is to offer the power of information to the people. Like the Silicon Valley activists in the 1970s, who wanted to give everyone access to computers, this philosopher wants to give people the opportunity to analyze and make sense of the data available on the Internet.

To do this, Pierre Lévy relies on two tools. The first tool is the IEML language, and the second is the software that implements this language. Companies distribute this software in an open and free way. He has the third version of GPL. Finally, all changes made to the IEML must be completely transparent.

Of course, not everyone can contribute to the IEML dictionary because it is specialized knowledge. Language skills, or mathematical knowledge, are essential. However, everyone can create new labels. The philosopher considers that this is the maximum that can be done to allow people to access freedom. We can not force people to be free, but we can give them all the necessary tools to emancipate themselves.

Training in collective intelligence is becoming more and more emulated. Companies want to ensure that their employees pool their cognitive resources in order to progress toward the same goal, which can usually be summed up in increasing the profit of the company. In this sense, some organizations take part in team seminars. This is to promote this collective reflection, since it is based on obtaining a group cohesion.

Big data coupled with Artificial Intelligence can facilitate this training phase. Indeed, the correspondence algorithms can find the points in common between members of a team and thus favor the fruitful interactions. In a large company in different parts of the world, this is not necessarily obvious. A lake of data spread across a cloud and enterprise access tools can provide this information.

From a training perspective, Big Data would ideally provide a means of measuring the progress of the members of a seminar. It would be a question of evaluating the interactions in the group, and even to predict how much collaboration will be improved in the company.