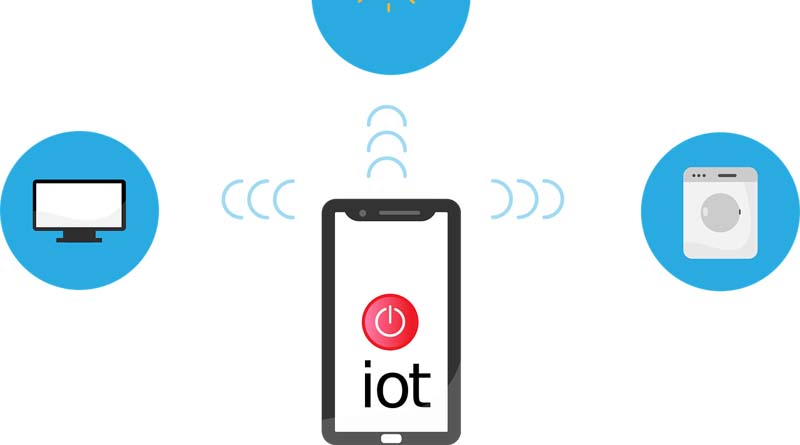 Since its creation in 1999, IoT (Internet of Things) has evolved considerably. It is now applied in various sectors for equally varied uses. It is used for tracking and real-time tracking of articles in the logistics sector, for daily assistance to the general public, particularly in the areas of household appliances and health, etc.

Similarly, predictive maintenance and performance indicators are used cases of IoT applied this time to the industry. IoT is a fast-growing technology that connects to the Internet to a large volume of objects that each generates billions of data. Today, the number of connected objects already exceeds the number of human beings in the world. Analysts predict that next year, each individual will have on average four connected objects.

What potential does the Internet of Things really represent? How to take full advantage of IoT?

Take the example of the iPhone. 10 years ago, it was still a simple touch phone with a 3.5-inch screen … Forced to admit that it has changed since then! This is a similar development that consumers expect to find with IoT today.

In the near future, the term IoT will become superfluous as more and more objects are natively connected. What’s more, connecting everything will radically change the functionality of the objects around us and the way we interact with them. Created just a decade ago, the IoT is today associated with other technologies such as Artificial Intelligence, Big Data or Virtual Reality to further the benefits of all digital.

And industries do not deceive. The Internet of Things is widely used in utilities, energy and logistics. Other sectors, such as household appliances, civil engineering and health, are accelerating their IoT investments. However, all data created and generated by these connected “devices” must be controlled and categorized. By 2025, more than 60% of the data generated worldwide will come from business IoT devices.

Due to the predominance of IoT devices on the market, a significant amount of data is actually generated, and then raises the question of their valuation. Ensuring monetization is part of this process, it allows organizations to resell to a third party proprietary data that it has been able to produce and collect. By doing so, they ensure that they obtain certain commercial advantages, reduce certain costs, improve their efficiency, and so on. The IoT would generate potential worth $19 trillion in the coming years, yet nearly 70% of companies do not yet monetize the data produced by their IoT solutions.

Evolution is at the heart of the IoT lifecycle

IoT solutions have seen tremendous progress in their allocation, from primary detection to control, and much more. Today, they are created to solve problems in specific sectors. Take an example of IoT dedicated to fleet management. Before GPS alone was used to track vehicles, managers could not know their location in real time. Today, thanks to the integration of sensors in vehicles, they are now able to monitor their proper operation, the condition of the engine, their performance, etc. and predictive management of the maintenance of each vehicle in their fleet. These smart GPS sensor solutions have revolutionized previous systems, but how long will they last?

In an unconnected world, it would be difficult to understand the capabilities and benefits of IoT. As the interconnection of devices takes place more and more opportunities will arise, linked to an ever more massive collection of data. However, infrastructure and sensor technologies will need to be advanced. Although sensors are becoming less expensive, the amount and diversity of data they collect reflects their power. To analyze this data at a high speed, more advanced computer tools will be needed in the future to extract ever more useful information.

IoT still has a long way to go

The treatment of IoT seems more and more accessible because the prices of sensors have dropped and bluetooth and Wifi are available everywhere. It is now easy for an organization to install a sensor and start collecting data for analysis, but the challenge is whether it can be monitored and updated remotely. Remote maintenance must evaluate whether a sensor is safe, disposable or repairable, just like its treatment system.

We are only in the early stages of connecting our world. It is difficult to predict what the future of IoT will be, as our visibility is limited in today’s environment. But it is certain that the connected world will have undeniable advantages and will become the backbone of future customer value.