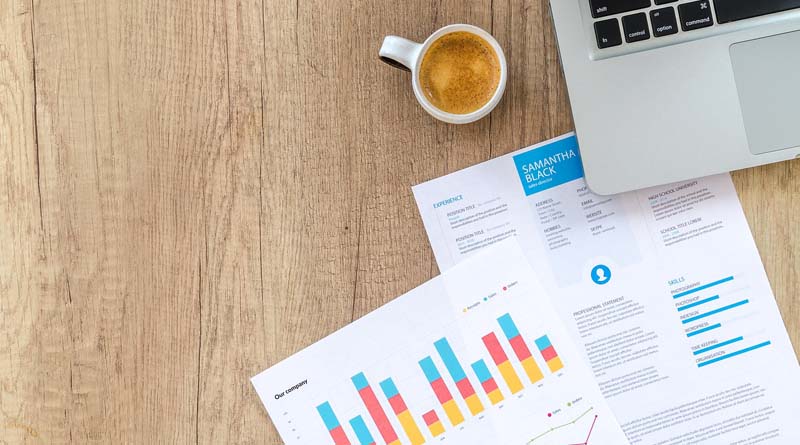 “A picture is worth a thousand words”. This sentence summarizes all the interest and the purposes of Data Visualization – or DataViz for intimates.

Data Visualization is the technique of representing data in a visually understandable form (tables, charts, maps, chronologies …) in order to facilitate reading and analysis. In the age of Big Data, the DataViz is more essential than ever to see clearly in the tons of data processed by companies.

When Confucius pronounced this sentence, there were no computers … The idea he expresses in so few words is truer than ever. Businesses collect unheard volumes of data about their customers. These data are difficult to analyze, to explain, to communicate. It is in this context, faced with this problem, that Data Visualization has emerged.

We have all spent hours trying to analyze the endless data of Excel files … DataViz puts an end to this boring work. It facilitates the understanding and analysis of data by transforming them into visual objects: points, bars, curves, cartographies … DataViz is also a powerful communication tool.

Data Visualization is the art of telling figures in a creative and fun way, where Excel tables fail. It is, in a way, setting the encrypted information to music. DataViz makes it possible to present raw and complex data in intuitive and interactive visual representations. To fully understand what Data Visualization tools do to make data more digestible, let’s take a very simple example: How many times are there 6 in this table?

It’s already easier! This little example summarizes everything. The DataViz is to use visual resources (colors, shapes …) to facilitate the understanding of raw data.

Let’s take another example. You have an Excel file that shows you the number of visitors per country between 2010 and 2014. Which are the most visited countries in the period? We can see (well no, precisely, we do not see …) that it is possible, but complicated. 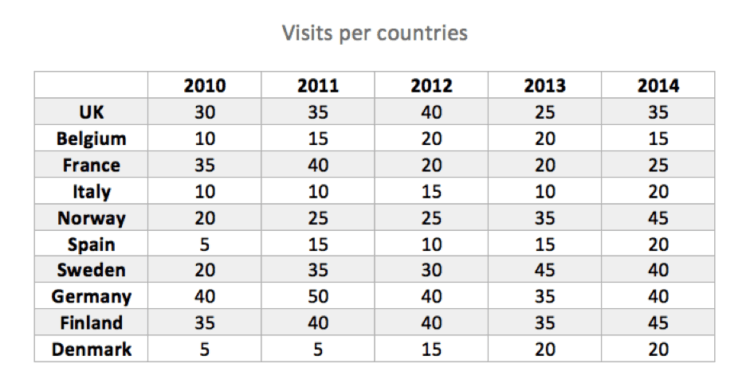 If you turn that raw data into a map, with colors based on the number of visits, things are much easier to understand. 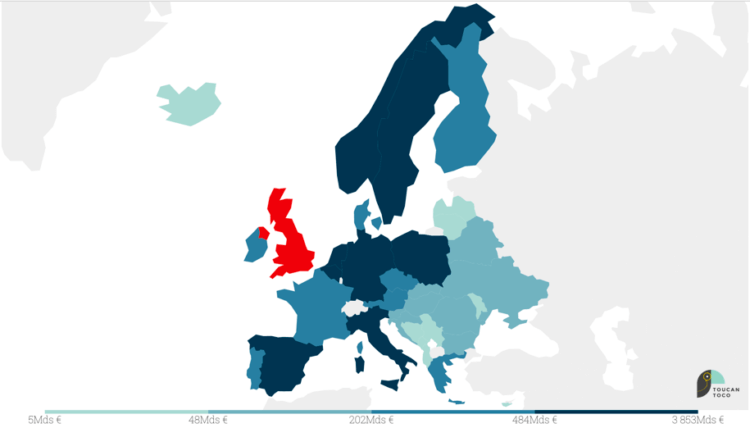 Finding and interpreting data from a table is often long, boring and frustrating. DataViz saves a lot of time. Access to the data becomes fast, accurate and easy to understand. Enterprise data is often scattered across different media, further complicating the analysis. DataViz allows you to gather all the data on a single screen, in the form of precise graphics. From a business point of view, Data Visualization makes it possible to speed up decision-making.

Another advantage of the DataViz is that it allows everyone to manipulate and analyze data. You do not have to be a Data Analyst to use a Data Visualization tool. As we will see earlier, there are DataViz tools designed specifically for startupers and marketers. Those who, until now, felt excluded from the world of Data now have access! This facilitates transparency, but also communication between the different departments of the company.

One thought on “Why DataViz is important? 2 Simple Examples to Explain”