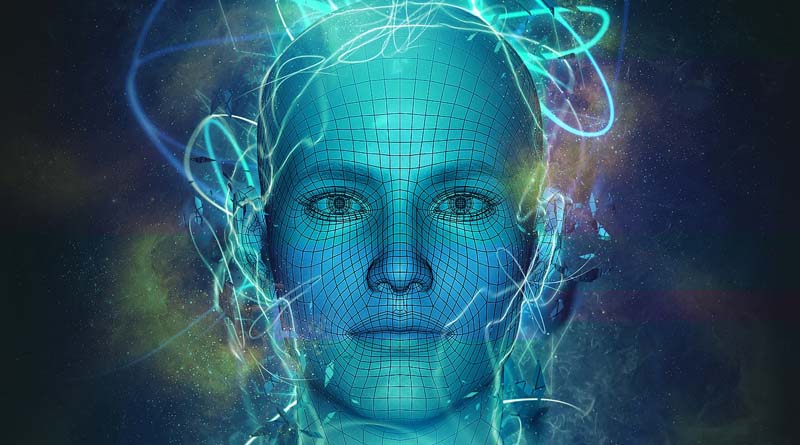 The Socialist candidate in the last presidential election said so, citing US studies: nearly 50% of jobs in the West could be destroyed with the digital revolution or at least impacted very strongly. If all the studies are not so alarmist, they all emphasize that the mutation will be profound and that the transformations on the trades will be irreversible, amplifying as and progress of the Artificial Intelligence.

The advent of robotics

Robotization appeared initially for repetitive tasks (with the example often cited: the automobile), but today robots are increasingly beyond this type of task to gain autonomy and especially versatility.

In this context, it is clear that robots have already replaced the human workforce in many trades, thus helping to reduce the costs of “human-producers” by using machines, but also to trivialize their functions. This banalization causing a shift in the value of the manufacturer of products to the manufacturer of the robots! The trades associated with the design of the latter are thus moving in the same direction. So the productivity gains enabled by the robots certainly benefit the company using them but much more to the company building these same robots!

More generally, it is the entire new technology industry that has been built in this way. According to Forbes, the 100 most powerful brands on the planet are worth $ 3.6 trillion. The seven technology leaders alone: ​​Google (Alphabet), Apple, Microsoft, Amazon, Facebook, Tencent and IBM alone account for almost a third of the total value of the top 100 companies!

We know that each technological revolution leads to the disappearance of trades (it is commonplace to say that we do not find many coachmen now, and much less farrier than at the beginning of the 19th century), it is also quite certain that the decline in the number of farmers and the desertification of the countryside come from mechanization, even as production continued to increase!

But these developments are also accompanied by the creation of new jobs that are sometimes difficult to define 10 years before they appear. Did one think ten years ago of the job of “Community Manager”  for example? Had we anticipated demand “Data Scientist ”? This is what makes many say that most of the trades that will exist tomorrow are not yet known or the extent of the need is very poorly defined.

Thus, two opposing views stand out: one, pessimistic, asserting that the destruction of jobs due to the digital transformation will not be compensated for by the creation of these new jobs and of course the opposite view which estimates in the light of the history of humanity, that a balance will be found. One thing is certain in any case – these two opposite visions lack of tangible proof.

According to the prestigious Massachusetts Institute of Technology (MIT) magazine, the data scientist profession, which can be translated as a “data analyst”, is increasingly sought after in the United States, but also in the United States. Europeans are fighting to recruit these new profiles and there are countless universities or schools that offer training in this new profession in their curriculum. Harvard Business Review even describes this business as the function as “the sexiest of the twenty-first century”.

But do not confuse jobs and stains it is thus possible to transform certain tasks of an individual in order to make the latter more effective, but not necessarily the associated job. Workplace productivity tools are a great example: we earn (provided we are sufficiently trained to use them, but this is another debate!) in efficiency without the job itself being threatened. The spots thus achieved faster allow the individual to go faster, go further in his/her work. Take the example of architects who used to spend a lot of time in manual building design, calculating structures, where now AutoCAD and other tools of the same type perform these tasks, allowing them to spend more time in creating more complex, more original projects.

The “Cobotics” or the Man-Robot partnership

What about jobs largely based on stains? We mentioned it, it is enough to take a turn in factories to realize that the men largely deserted the place, when these premises did not simply become completely hostile for the man!

The “Cobotic” offers to make man work by the robot. Thus the robot can bring speed, precision, endurance and strength to the human, who thus shares the achievement of the task and keeps the power of decision. The man remains essential to take into account new elements and react to an unforeseen event, etc. But with the progress of Artificial Intelligence it is legitimate to ask the question: “for how much longer? “…

Towards the complete disappearance of work?

Economists tell us that the increase in productivity gains in firms are dropping sharply compared to the end of the last century. So basically, we would have “made the biggest”, although this is probably not the case in all trades and businesses. To put it another way: the arrival of PCs and office tools in the 1990s, for example, has led to spectacular productivity gains, the contributions of the new functionalities of these same software, bring us a better productivity but the gap is no longer the same.

The gain has diminished. From a macroscopic point of view, we would have halved the number of hours worked in a little over 100 years, but this decrease would now stagnate for more than a decade.

If we leave it there, there would be little to fear for human labor, we would be close to a level where the new gains would be only marginal in the future and therefore the destruction of jobs due to technological contributions would be behind us. They would only affect trades very low qualified (such as cashiers replaced by the automatic scan of cart items via RFID tags on each item for example)…

But it’s probably without counting on the advent of AI and Machine Learning.

With the developments of the AI, it is many more professions that will be concerned and not only the least qualified. We will be far from the only repetitive and material tasks that represented the playground of robots. Thus a medical diagnosis made by a machine with the possibility of taking into account all the similar cases of the planet may well be more efficient than that of the human doctor referring only to his own expertise… Examples of this type are numerous and can probably touch all areas. While the robots have come a long way in the industry, they are now returning to the service trades, even if they are just simple chatbots, for example, replacing and supplementing human advisers today. Tomorrow, for example, reception functions or more complex jobs could be affected. There are even editorial robots that are able from a news feed to write a relevant article. These technologies are already experimented in full size today in the big American media to realize the information flashes…

When will a Microsoft robotized salesperson know all the details about the use of your products, your evolution prospects, the behavioral data of the buyers, will negotiate with you the renewal of your Company Agreement?

For some sociologists, however, there will still be sectors and sheltered jobs. These would be jobs that would require jointly 4 components:

Are we so sure?

Communication can be done directly by robots, chabots, again, are excellent examples.

The human machine collaboration is already a reality if only on current office tools. It is natural and even faster between machines!

Creativity is probably more complex to imagine for a machine, but it is still necessary to precisely define what creativity is! If this consists in imagining an association of objects, colors, spots, original and therefore different from what already exists, what guarantees us that tomorrow machines mastering better than we combinatorial explosions and the census of the existing does not propose solutions or original creations?

Finally we may not be safe, that tomorrow, with Machine Learning, the latter have a pseudo “critical spirit” having “learned” human behavior…

Subsidiary question, what will be the distribution of value created?

In other words: who will benefit most of the value produced? The producer / human worker? The head of the company? Shareholders ? Suppliers of Artificial Intelligence? And in what proportion?

Will technology accelerate this phenomenon or, on the contrary, contribute to a better distribution? It is difficult today to decide.

One thing is clear; society will be rethinking in the light of these technological advances.