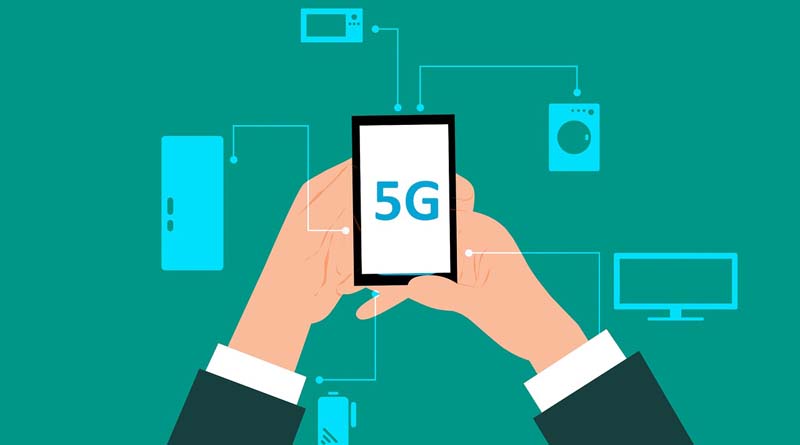 The Internet of Things is one of the most speculative sectors. Everyone wants to know what will be done tomorrow. This is normal: it’s about identifying the most relevant IoT trends . Here are the seven technological themes that will animate 2019.

1. Industrialisation: one of the IoT trends that will grow in 2019

This is surely one of the IoT trends that is already gaining momentum at the end of 2018. Now well assimilated by companies, the Internet of Things is experiencing its first real phase of industrialization. Industrial companies complete proofs of concept and now install sensors or connect their active machines to production lines. Let’s be clear, fully connected factories are not legion.

On the other hand, data from some production lines are now analyzed by production and maintenance software. We talk about preventive maintenance and in the best case of predictive maintenance. The most advanced systems pay into the automation of tasks. Whether connecting new tools, ordering new parts, calling a technician or even assembling elements, the possibilities are numerous.

The industrialization of IoT necessarily depends on the technologies deployed. In connected factories, it’s more about connecting machines. However, many plant managers want to install sensors that collect and analyze their activities in real time.

In this case, the Edge Computing is an ideal technology. It reduces latency between data collection and data processing. The latter can be operated from IoT gateways or the objects themselves. For this, companies prefer Hybrid Cloud infrastructures. They will prefer to use roommates in datacenters near their sites rather than going through the public cloud. The most reliable technique is to set up micro-datacenters previously used by some departments of companies.

The industrial sector is not alone in needing this real-time analysis. The deployment of autonomous cars, intelligent security systems rely on the same technology. The Edge Computing remains and will be one of the trends IoT 2019.

Edge Computing is behind another 2019 IoT trend: machine learning or embedded AI. Indeed, designers of connected objects want more computing power and embedded intelligence. For that, there are two methods. Either you have to beef up the clock speed of the components. Either we must rely on the integration of machine learning algorithms previously trained from powerful infrastructures.

Autonomous car manufacturers are adopting the first method more. In this sense, Nvidia develops cards based on graphic processors that can take place within vehicles.

However, the preferred method of connected object designers is machine learning model boarding. Even with a Raspberry Pi, it is possible to recover data and correlate it to a predefined model. From a camera, it will detect for example the non-wearing of the helmet in an industrial environment, the presence of a person in front of a door, engage object tracking, etc.

In the long term, it is a matter of entrusting more intelligence, more independence and autonomy to connected objects.

Releasing connected objects from the central systems and smartphones requires a special effort. The big challenge for designers is to build products with record-breaking time. For this, a particular care is brought to the energy autonomy of the batteries used. Some devices such as environmental sensors must be able to record data for several years. Similarly, in a recreational context, wearable manufacturers must avoid selling devices to recharge every day.

In the first case, Sigfox and LoRa vendors tout the capabilities of their IoT networks for their low power consumption. They work with manufacturers to maximize the duration of device activity. The best performers emit data for more than five without the need to charge the battery.

In the second case, an actor like Qualcomm unveiled his new SoC for connected watch. The Snapdragon Wear 3100 allows the use of a device perfected to the maximum for five days. The bracelets connected a little simpler have them twenty days of autonomy. Next year, the devices will hopefully be even better.

This is a particularly dynamic sector. Cybersecurity companies are stepping up their efforts to offer ever more powerful tools. They are aimed in particular at the designers of IoT products and the users of these products, mainly companies. For their part, the manufacturers adopt the principle of security by design. This ensures the security of the basic functions of objects.

However, you must first secure the pool of IoT devices already installed. It is in this windfall of poorly protected products that hackers pick to train their IoT botnets. They then perform DDOS attacks to restrict access to popular services.

If companies are more and more alert about this, research firms have discovered many flaws or botnets in 2018. It must be said that some cyberattackers simply copy the code posted by another hacker.

However, professionals have noticed the emergence of a new, more advanced means of piracy. One of the big IoT trends in 2019 is the security of new devices. Companies such as Symantec, Avast, Qihoo and others are working on the development of solutions combining AI and cybersecurity.

This is a subject we have been hearing about regularly for two years. On the other hand, the concrete applications struggle to point the tip of their nose. So, why add it to this top of the 2019 IoT trends? Quite simply, because the first large-scale deployments and the first commercial offers will be launched in 2019. It will initially be to broadcast very high resolution content on smartphones. We imagine that many tests related to autonomous cars will be conducted.

In addition to the start of large-scale deployments, the year 2019 will be an opportunity to see the first IoT projects using this technology.

After the deployment of 5G, NB-IoT, LoRa and Sigfox, operators now want to go into space. Several companies want to launch nanosatellites in low Earth orbit to create IoT constellations. Collection Location Satellites, Sigfox, Eusatel, Startlink (SpaceX), Fleet Space or Iridium are some of the players ready to deploy such space infrastructures.

The goal is not to create a new IoT protocol, but to transmit the data by making the IoT standards compatible with the spatial frequency bands. This is to cover all territories that are not yet served by the networks mentioned above. Maritime space is the first target playground. This would drastically reduce geolocation costs by eliminating interoperability contracts between operators.