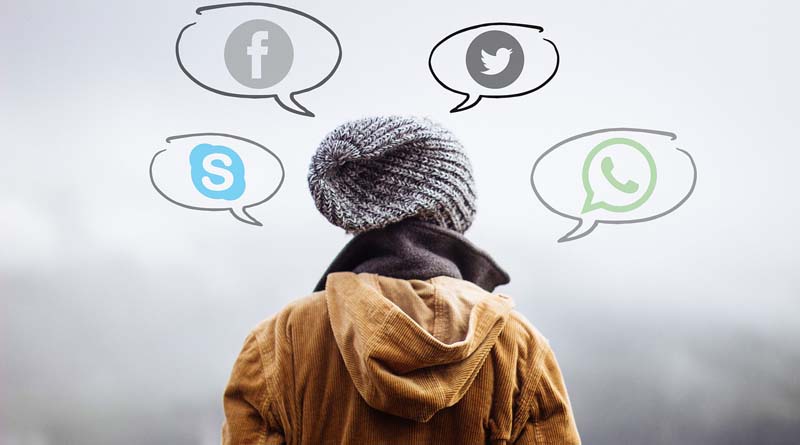 Editor’s Note: The following guest post comes from Victor Osadchiy, a writer about app development for business. Anonymity is now becoming a trend on some social networks. In the following article, Victor is going to share with us some examples of these social media platforms and his perspectives on how to use them.

The number of social media platforms is growing exponentially just like the demand for them. With no doubts, Facebook, Twitter, and Instagram are top most people’s charts, and it’s no surprise that all of these have something in common.

These networks are about sharing your identity, and many of their administrators have strict rules in place about making sure that the identities of their users are authentic. Throughout much of the modern world, social media is all about the social cache, and anonymous social networks undermine the fundamental values that customers are looking for.

But that doesn’t take into account the entirety of the world. While America and Western Europe may lean heavily into conventional social media platforms, that’s often not a luxury extended to those living in less developed regimes, particularly countries where government repression is the standard and expressing your opinion could be prosecuted as a crime.

In places like these, more prevalent social media services are often not feasible, and anonymous social media apps aren’t just a way to stay in touch with friends and family – they’re one of the few safe means to enact social justice on a meaningful scale.

Succeeding as a social media platform in the modern age means creating an identity for yourself. That could mean the short and compressed messages of Twitter which resemble traditional text messaging, the ability to communicate via pictures alone using Instagram, or the opportunity to share idea boards pioneered by Pinterest. And it’s not that there hasn’t been a social media app that’s found success.

YikYak has managed to find purchase in this competitive field despite the anonymity of its customers. But the comparative lack of anonymous social media platforms creates fertile ground for ambitious developers. It’s a tough road, but these tips for how to create anonymous social network apps could help you find greater success with the development process.

“Anonymous social media app” isn’t an identity in its own right. Any company that’s made a name for itself in this market has managed to do so by presenting a compelling brand identity that can be expressed in a simple elevator pitch.

Successful anonymous social network apps thrive when they identify a market and then provide a solution.

Mitigate the Risk of Cyber Bullying

If you want to know how to create anonymous social network apps, you have to address the elephant in the room. While the anonymity of these platforms allows users to share things they might not be willing to share in a public forum, it also emboldens the worst qualities in individuals.

Without social consequences for posts, bullies can run rampant without having to worry about being censured. These platforms can also provide an opportunity for individuals to anonymously grind axes, spreading false rumors and magnifying industry gossip. That was the case with Yik Yak. Despite finding huge popularity in higher education communities, concerns from parents and educators led to the platform getting banned on many college campuses.

Whisper has managed to stave off many of these same problems, but it’s not an easy prospect. Through the use of machine learning algorithms and a dedicated live moderation team, they’ve done an admirable job of keeping their network free from toxic behavior. But anyone learning how to build an anonymous app should take it as a warning sign. Development should be pursued with an eye towards built-in moderation tools, and surveillance needs to continue enthusiastically well after the app enters the open market.

Creating an anonymous social media app is about a lot more than just not recording usernames during the registration process. When you sell yourself as a purely anonymous method for communication, you need to back up your words with actions. Security is important here, and there are a few important elements that need to be unpacked and carefully considered before development even begins.

One of the biggest questions faced by a development team is whether or not they’re going to store private information at all. It’s a high-risk question. The past few years have been riddled with situations where even some of the biggest name businesses around have been victim to data breaches. And while such a violation can have a devastating effect on any tech business, it’s sure to doom any company that specifically prides themselves on their ability to keep the identities of their users anonymous.

On the other hand, putting no vetting process in place opens the door to the creation of countless dummy accounts that can allow trolls to thrive. Meanwhile, encrypting your platform can absolutely destroy the performance of your app. The best apps find a good balance, vetting their users while storing as little information as possible and physical servers. Protocols need to be discussed very early on and serve as one of the pillars of development.

Regardless of the protocol you put in place, you can’t delete all the information. Even the most anonymous app has to store some information on their users to protect them from unauthorized access, and that’s why some level of encryption is necessary. A combination of public and private keys ensures the greatest level of security for your users and the integrity of your company.

Finally, those in charge of security will want to take location services into careful consideration. Cybercriminals may not be able to identify a name, but IP addresses and location tracking services can allow a smart hacker to provide pretty damning information on supposedly anonymous users. Protecting the location of users’ needs to be a high priority, but there are fortunately some very impressive options available to developers.

Location anonymizers like VPN services and proxies can randomize the location of users and make it impossible or nearly impossible to track for criminal hackers. It’s a system that individuals use every day to protect their anonymity, but it’s not the only option. Whisper has actually flipped the script by making location services an asset rather than a liability. By incorporating a user’s device as a token, they reduce the need for vulnerable identifiers like email addresses or phone numbers and instead allow each user to have their distinct identity stored securely and physically on their own devices. 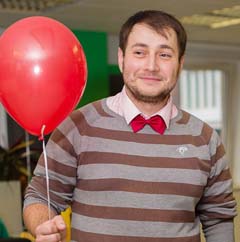 Victor Osadchiy
Victor Osadchiy is a creative writer who formerly worked in the Ed Tech industry. By day, he's a writer about app development for business. By night, he's an online gamer and a big fan of Esports.

Victor Osadchiy is a creative writer who formerly worked in the Ed Tech industry. By day, he's a writer about app development for business. By night, he's an online gamer and a big fan of Esports.