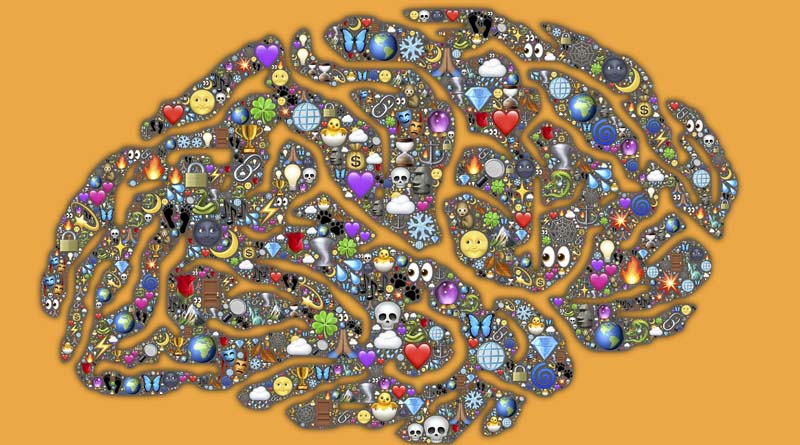 To grasp what is happening in a consumer’s brain, without having to ask him to explain it, is the promise of neuromarketing. But the proponents of this method are still far from being able to predict consumer behavior with cognitive science.

In her laboratory, Hilke Plassmann makes interesting experiments. She holds the INSEAD Chaired Professor of Decision Neuroscience and Associate Professor of Marketing at INSEAD,  and works at the border of economics and the nervous system. With her colleagues, the researcher in social and emotional neuroscience, for example, has shown that men who are given a dose of testosterone are more attracted to luxury products or that the more expensive a wine is, the more the drinkers judge it to be good. . Not only do they report finding it better, but part of their cortex associated with the proven pleasure in the situation – the medial prefrontal cortex – is more active according to the functional magnetic resonance imaging (fMRI) that Hilke Plassmann has collected.

For decades, marketers have had to settle for the statements of consumers to whom they are showing a new product or advertising in development. Access to clues beyond conscious thought, that is, free of all human cognitive biases, is the promise of brain imaging techniques and other methods such as skin conductance, rhythm heart rate or eye tracking.  With one goal: to better predict consumer behavior.

“I’m not 100% convinced, but adding all this information, in addition to traditional methods, can improve predictions,” says Hilke Plassmann. “Some marketing companies make promises beyond the possibility; we do not know how to read minds. ”

At Nielsen, consumers and markets have been studied for over 90 years. “There are limits to what consumers who have a well-known tendency to please and who cannot access all of their thoughts can tell us. ” says David Hill, former Vice President of Marketing at Unilever who said took the lead of Nielsen Consumer Neuroscience in Europe in 2014.

“With a changing media landscape, we wanted to understand how consumers respond while they experience an advertisement. We measure three things: the emotional response, memory, and attention that predict future behaviors. For ten years, we have invested heavily in this area, including buying two US startups and hiring more than twenty neuroscientists. ”

Unfortunately, he cannot talk about his clients who demand confidentiality… “Creative teams were too much of presuppositions of consumer capabilities by offering ads that were too complex and too fast. They initially felt that they were judged by data from electroencephalographic (EEG) devices, eye tracking and facial coding. But in fact, they allow them to improve. ” said David Hill.

“The big challenge is to make these methods practical for customers. They are more and more attracted, especially since we are doing everything to provide them at the same price as traditional techniques, he explains. However, we remain conservative in our methods and protocols. Companies measure EEG data on consumers walking around a store. We do not do that. Customers need to implement it in a reasonable way; way to say that under the guise of neuroscience, today there is everything.”

In events and digital communication too, new insights into the brain sciences are being seized.

“In our digital campaigns, we’re working on engagement strategies that encourage people to read, bounce back and create content. Since we are over-solicited and we are capping 95% of the information we receive, we need to open a window of fifteen seconds to get our message across. ” explains Pierre-Henri Freyssingeas, founder of the event and digital communication agency Henri 8.

He likes to remind us that we have three brains – reptilian, limbic and neocortical – that explain our behavior, three brains that, far from functioning independently, have established deep connections over the millennia.

Video game publishers who have been interested for years in the User Experience (UX) of players based on an understanding of human capabilities and limitations, as well as the use of emotion and commitment. For example, the graduates of the cognitive sciences master at the University of Lorraine work in the fields of video games, the Web and multimedia.

The affective sciences are broadly interested in the understanding of emotions and affects, the former being fleeting reactions to an event and the latter to more durable states, with potential applications on the marketing side. Currently at the World Hearing Center in Warsaw, Sylwia Hyniewska has studied the perception of emotions in Japan, England, Switzerland and France. An eyebrow that rises or other almost imperceptible expression can change the interpretation of an event and the judgment of the individual.

“The affective sciences are not linked to a basic marketing need, but in recent years researchers have been developing facial expression recognition software, such as FaceReader or Affectiva, in collaboration with companies,” she explains. Affectiva, for example, is a spin-off of MIT that since 2009 has been working with market research institutes and brands to help them understand the emotional reactions of consumers. Affective robotics, on the other hand, tries to give robots and virtual agents more subtle emotional expressions.

“The development of portable electroencephalography devices that can measure live reactions without having to go to a laboratory is a big step forward. Another breakthrough is the addition of techniques to measure other variables such as facial expression during MRI. The World Hearing Center develops some gadgets. ”enthuses the young researcher.

These technologies promise to deliver new information to researchers who are interested in individuals as patients and those who see them more as consumers.

Hilke Plassmann also makes the bridge between medicine and commerce. Thus, while her research focuses on placebo effects and decision-making difficulties in eating disorders, she is developing projects with companies that have extensive collections of data about their clients. “We want to migrate our laboratory methods to the real world through these collaborations.” she says. But dialogue is not always easy between companies looking for fast results and researchers working in a longer time.