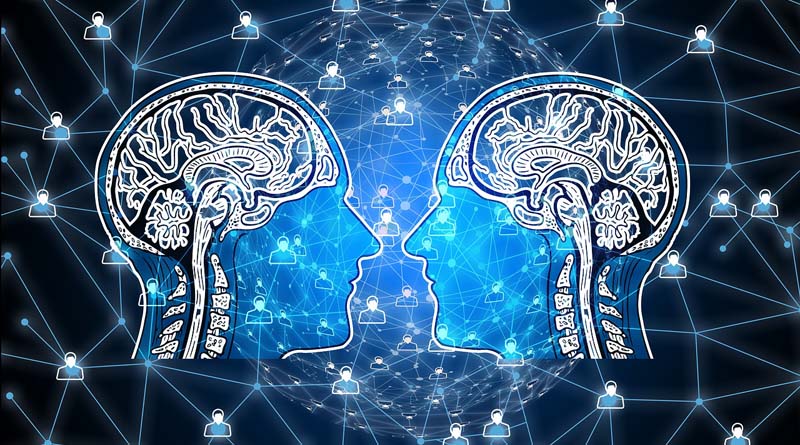 Among the developments made around Artificial Intelligence, the concept of digital twin is gaining ground. Developed in the early 2000s for Industry 4.0, it offers many opportunities to enhance product performance, anticipate life cycle stages, or plan the activities of an entire production line.

What is the digital twin?

“Digital twin refers to a digital replica of physical assets (physical twin), processes, people, places, systems and devices that can be used for various purposes.” (Wikipedia)

Behind this term lies a dynamic software model of a process, product or service. This model can be more or less sophisticated: in some cases, it is a simple representation, but the digital twin often translates into a more sophisticated 3D model. This works by collecting a combination of data. Sensors and an IoT connection make it possible to retrieve them to represent for example the state of the object and its position in space, by means of information of locations, temperature, time series, algorithms. For example, in the case of a product, the company continuously synchronizes this data between the devices and their digital twin, using a platform such as a tablet, smartphone, wall screens. or 3D glasses.

What is the interest of such a tool for businesses and for all consumers?

For companies, and especially the industrial sector, the applications are multiple and offer many benefits, in an environment where economic actors are forced to adapt ever faster, to reduce their costs, to show great responsiveness, and ability to anticipate the evolution of their market. The most developed sectors in this area are aeronautics or defense. But many examples are developing outside these areas, for example, with the Babolat connected racket that can analyze via its digital twin the performance and play quality of its owner. (source: znet)

The contributions of digital twins can be applied on several levels: from an object, to a manufacturing process, to a factory, or even to an entire city, which allows to imagine many possibilities of applications.

The digital twin dramatically changes the development phase of a product. Instead of creating an object and then testing it for improvements, the progressive visualization of the construction of an object on its digital model offers the advantage of comparing in real time this development with the final target, ensure its smooth running, and make the right choices in terms of ergonomics, material and design.

But beyond this stage of creation, one of the major challenges of companies that have to manage many physical assets remains the issue of predictive maintenance. For this purpose, the digital twin can also be very useful for understanding, anticipating and optimizing the performance of an object or a system, without having to ship software into the machine.

By combining a continuous view of an object and adding performance monitoring data, the digital twin makes it possible to conduct analyzes and identify upstream a risk of failure. For example, Suez Environment has developed an intelligent water leak detection solution, called Aquadvanced, to enhance the safety of the distribution network through continuous monitoring (source: Zdnet). Another example is Safran, which has equipped its LEAP engines with a continuous monitoring system. It can thus remotely check their performance thanks to two types of information via sensors: the engine performance, indicated by the temperature or the speed of rotation for example, and the measurement of the external environment, that is to say the weather conditions in which the engine operates.

By optimizing the performance of an object or system throughout its life cycle, the impact is twofold: both in terms of security and reliability, which ultimately contributes to building consumer confidence in the business, but also in terms of reducing costs related to repairs or product failures. An example of a concrete application is the infrastructure monitoring systems, which will be 54% of them powered by digital twins by 2026 (source: ABI Research). But the notion of digital twin could even extend further to model a larger space, like an entire city. This is already the case with the Rennes 2030 project (source ZDnet).

The contribution of the digital twin is undeniable when one seeks to improve the performance of an object. However, its applications go beyond the notion of performance to come to revolutionize the culture of the company and the way even to consider the creation. By combining, for example, a digital model of a system such as a production line and Virtual Reality, one can imagine a collaboration of several people during virtual visits. This new feature makes remote collective work possible under the same conditions as in the real environment. The whole process of object design is jostled: before making a manipulation or a change, the digital twin makes it possible to perform virtual simulations while taking into account the analysis of the performances of the system or of the current object,

These new possibilities for creation and performance require a profound transformation of the corporate culture, towards a culture of agility, continuous learning, and “truth”, which will require accepting possible failures, products and correct them accordingly. All this will have a certain impact on the day-to-day management of the customer relationship and the notion of after-sales service, which will be radically impacted by the combination of artificial intelligence and the Internet of Things.

What is the impact for consumers?

The concept of digital twin is also gradually developing at the level of all individuals, going beyond the company. Indeed for many years, each individual leaves digital traces of his passage on the internet and on social networks. It is from these traces that many sites or applications are able to offer relevant purchase suggestions. While it still seems to be in the realm of fantasy, the notion of twin or double digital could become a reality for people. These cyber-versions of individuals would consist of a wealth of information from multiple sources and would be able to provide advice. For example, they could refer consumers according to their personal preferences in their purchases, but also suggest that they make an appointment with the dentist. Many possibilities are offered in terms of comfort, but also in their wake a multitude of ethical issues and identity, especially in terms of data confidentiality.