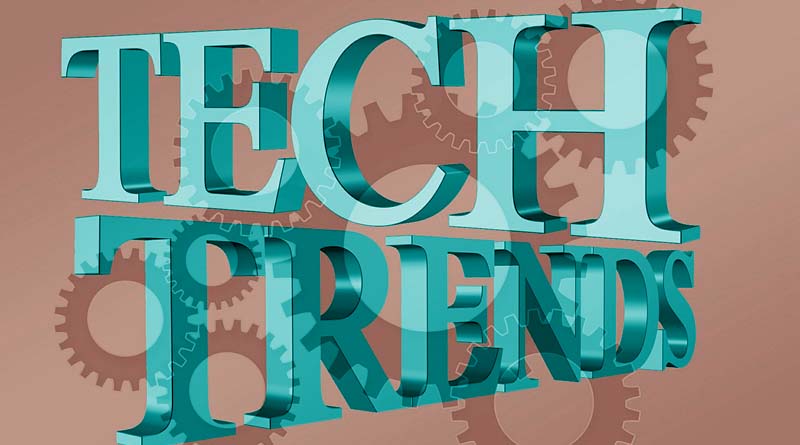 Uber and Lyft may one day become an outdated mode of transport. One could possibly, from a heliport, board an autonomous flying vehicle to get to the destination. These future taxis, which will not only use the airspace to decongest the road network, will not require the presence of a pilot.

Let’s face it; the world (and technology) is not quite ready for autonomous flying taxis yet. First we need to master the technology that allows autonomous driving, which will not happen in five or ten years.

The concept of autonomous flying vehicles is not only about passenger transport, but also about goods such as medical supplies, parcels, food and more. Companies are actively working on this technology to operate it to deliver packages on the same day or to ship supplies to remote locations on a regular basis without the need for a pilot. Within ten years, the possibilities are real in this regard.

This year, Gartner has structured 17 technologies according to five major trends that will blur the boundaries that separate humans from machines: the democratization of Artificial Intelligence (AI), the digitalization of ecosystems, free bioinformatics, and immersive experiences transparent and ubiquitous infrastructure.

Trend 1: The democratization of AI

Within ten years, AI technologies will be practically everywhere. By enabling their early adopters to adapt to new technologies and solve problems never before encountered, they will become accessible to the general public – will become more democratic. Movements and trends such as cloud computing, Maker culture and free source code will soon make AI accessible to all.

For example, with intelligent robots that can work alongside humans – providing room services or working in warehouses – companies will be able to support and replace human resources or redeploy them to tasks that are more useful and profitable. This category also includes level 4 and level 5 autonomous driving, which replaced the “autonomous vehicles” this year in the Hype Cycle.

Level 4 autonomous driving refers to the ability of vehicles to operate without human interaction in most conditions and locations, and presumably in virtually demarcated areas. Vehicles with this level of driving autonomy will likely integrate the market over a 10-year horizon. Level 5 driving autonomy refers to the ability of vehicles to operate autonomously in all situations and conditions, as well as to control all tasks. With no steering wheel, brakes or pedals, these cars could become another living environment for families and have a significant societal impact.

In general, new technologies require the support of new technical bases and more dynamic ecosystems. These will require the development of new business strategies and the shift to platform-based business models. The transition from technical infrastructure to ecosystem platforms will result in the development of entirely new management models that bridge the gap between humans and technology.

The Blockchain, for example, which offers the opportunity to increase resilience, reliability and transparency of centralized systems and the confidence they could come to change the rules for officials data security. This trend also includes digital twins. These virtual representations of real objects are beginning to be adopted in the field of maintenance and Gartner estimates that within five years, hundreds of millions of objects will have their virtual twin.

The year 2018 represents only the beginning of a “transhuman” era where free bioinformatics and “augmented” humans will become more and more popular and accessible. This technology will range from simple diagnostics to neural implants. It remains to be seen how far society is willing to go to accept these types of applications and to examine the ethical issues they give rise to.

For example, DNA chips have the potential to detect diseases from cancer to chickenpox before the patient has symptoms. These chips are covered by an array of molecular sensors with the ability to analyze biological elements and chemicals. The Hype Cycle also includes biotech muscles grown artificially and biologically inspired this year. This technology, which is currently being developed in the laboratory, could one day allow skin and tissue development on a robot, making the latter sensitive to pressure.

Technology, particularly in intelligent workspaces, is becoming increasingly human-centered, blurring the boundaries between people, businesses and objects, and fostering life and work smarter. In a smart workspace, electronic whiteboards are used to more efficiently record meeting minutes, sensors provide customized information based on employee locations, and office supplies can interact directly with employees.

Infrastructure no longer impedes the achievement of organizational objectives. The advent and widespread popularity of cloud computing and its variations have fostered unrestricted and uninterrupted access to an IT infrastructure.

Take, for example, quantum computing. Thanks to complex systems of quantum bits and algorithms, it offers an exponentially faster execution than those of conventional computers. In the future, this technology will have a huge impact on optimization, machine learning, encryption, analytics and image analysis. There will probably never be any marketing of all-purpose quantum computers, but the technology has tremendous potential in some very specific ways.