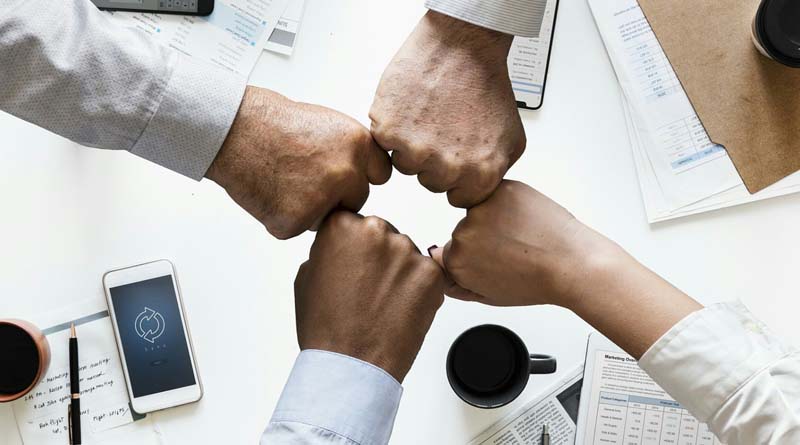 Companies that use Big Data to target their sales are much more successful than their counterparts who do not. Almost all current businesses somehow have a mountain of information. It is therefore worthwhile to determine if your salespeople can work smarter.

Many companies still organize their sales according to traditional principles. Sales people target a region or an entire sector. To do this, they contact almost all businesses and determine, based on feedback, whether an opportunity to achieve their objectives arises. But is this approach still as effective in 2018? Do your sellers target good companies?

Maybe not, and it’s because of the inescapable progress of Big Data. The number of data, doubling every two years, is increasing exponentially for the moment. One of the causes is the Internet of Things (IoT), which in two years is expected to reach 26 billion devices. But our ability to analyze this huge mountain of data is lagging behind. Currently, only 5% of all the data we generate is analyzed. Only 5%! For companies wishing to be the first to introduce themselves to potential customers, this is an excellent opportunity to get a head start on the competition. This is also true when it comes to sales. In fact, especially when it comes to sales.

Take for example a wholesaler of food items. You would prefer to see your turnover increase (substantially) in the years to come. To do this, the company is highly dependent on the success of its customers. Only if they sell more, they will spend more orders. It is logical that the wholesaler prefers to deploy his sales team to catering companies whose turnover will increase in the years to come. But how to measure that? Until recently, it was mainly a work of approximation and instinct. However, using Big Data, it is now possible to determine it accurately.

Take, for example, double-digit growth. When a company has seen a substantial increase in sales over the last few years, the likelihood of this happening again is much greater than with a company with mostly red numbers. To do this, the analysis focuses on payment transactions. The number of vacancies and even press releases are a source of interesting data for your sales team. The frequent use of words such as growth, patent, creation and expansion is a clear signal of the rise of an organization.

Conversely, you can also exclude businesses in this way. On average, some 10,000 companies go bankrupt each year. Some 10,000 more cease to exist. By intelligently using Big Data, you can filter out companies that will probably not exist in two or three years. In fact, a business that has experienced losses for four consecutive years is likely to disappear.

How to use Big Data depends on your business and your industry. Suppose you are an employment agency and you receive missions from two companies. Of course, both want the best price. But how to determine the amount of rebate to be granted?

If, as an investment agent, you study the financial situation and, most importantly, the growth prospects of both companies, you can adjust your discount accordingly. Firms with a promising future are more likely to need labour in the future. It would be interesting to build a long-term relationship with such companies. You can therefore offer them a competitive price. In the case of firms with lower growth potential, such a reduction is less relevant. To try to develop by trusting such an enterprise so it’s not worth it. In this way, instead of aiming for short-term success, you can really target quality prospects with great potential.

Another example is construction. If you are an entrepreneur, it is very useful to know where the next development projects will take place.

Think of a company looking for a new building or a larger distribution center. Ideally, you should send your sales representatives immediately, even before decisions have been made. It’s possible with Big Data. To do this, consider factors such as the age of the business, the length of time to locate at a certain location, and the growth curve. You know, for a company that has been in the same building for five years and has seen its turnover quadruple in the last three years, that it will reach its limits. So, you can determine if this business is likely to be interesting to target your sales. Notices, press releases, vacancies, age of the company, annual results (mediocre) … As such, these data do not seem to be very valuable. But the strength lies in the combination of all these data. This will quickly give you a reliable picture of quality prospects and allow you to more precisely target your sales on them.

You’ll know exactly which companies in your area or sector will grow in the years to come.