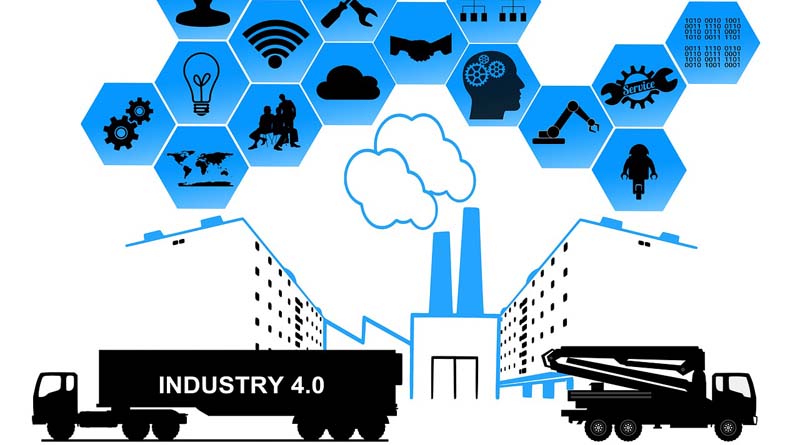 The Industrial Internet of Things (IIoT) represents a form of the rapid evolution of digital transformation. It covers all sectors from agriculture to municipal management, through energy production and more broadly the industrial sector. However, she faces many obstacles.

For many people, the term “Internet of Things (IoT)” is synonymous with gadgets like portable fitness monitors (smart watches, connected wristbands, etc.), Google Glass and even unmanned cars. The most interesting applications are in the areas of “Smart City” or “Smart Home”.

The IIoT brings with it an enormous amount of complexity. According to a new report published by National Instruments (NI), to face this, organizations must overcome five main challenges:

At its core, the IIoT is defined as a large number of connected industrial systems that communicate and coordinate their analysis and given actions to improve performance, efficiency and reduce or eliminate downtime.

To illustrate this definition, let’s take the example of a production line. There are industrial connected objects capable of detecting timing changes in the various manufacturing operations, which can also determine the probability of failure of a component and then plan its maintenance before it becomes faulty. This unplanned shutdown could lead to unplanned downtime and cost the company millions of dollars.

Another example: NI helping Airbus to imagine a prototype of the “factory of the future”. They have somehow reinvented the way to build aircraft by adding intelligence to production tools: drills/screwdrivers and intelligent fasteners, robots that can work and interact with humans, etc. Concretely, imagine an operator leaning on a bolt he needs to fix a piece. This operator could very well wear connected glasses that would allow him to automatically identify the bolt required and the location where it is stored in the production line. This intelligence can also be communicated to the screwdriver used by the operator to ensure that it has the right power to perform the task. If this is not the case, this screwdriver could itself adjust its power to perform the task requested. At the back-office level, the system could automatically update the stock and provide for a restocking if needed.

Building the consumer Internet has been a complex challenge, but the IIoT is even more daunting.

“Both of these concepts involve devices and connection systems around the world, but the IIoT adds more stringent LAN requirements to latency, determinism, and bandwidth. When handling high precision machines that can endanger the life of any person (telemedicine, aviation) in the event of a discrepancy between order and action even a few milliseconds, the adhesion to strict requirements becomes crucial. ”, from the NI report.

Industry consortia are working to meet this challenge by using the standards originally developed to sync audio and video into one stream (Audio/Video Bridging). The adoption of the Industrial Internet of Things will require a shift in the design of industrial systems. IIoT systems must have the ability to adapt in particular by automatically reconfiguring themselves to their operating environment. Examples include “green radio” or smart radio equipment that works with the radio standard. This equipment has the ability to adapt to their operating environment: If the user goes into a tunnel, the equipment will then automatically change its information decoding technique to better capture the less powerful radio signal. If its battery becomes weak, it will then go into energy saving mode without user intervention.

2 ways to design the IIoT

The traditional design of industrial systems is done in two ways: either adding functionality to an existing device, or designing a proprietary or end-to-end solution.

The first solution can be implemented faster but it generally makes it difficult to acquire and analyze the generated data because we are totally dependent on the host object. In the event of an incident, this can have serious consequences on the production line if we are not able to recover all the elements allowing to quickly restarting the system. To avoid these crisis situations, it is important to have real-time monitoring objects to improve efficiency and limit downtime.

Security is also a key element in industrial Internet applications. These applications can be built on tens of thousands of sensor nodes, increasing the extent of the threat. Poor data injected into your system (incorrect or noisy data) can have even worse consequences than simple data theft.

Today, with the proliferation of IIoT, we are witnessing a deluge of data that passes through networks communicating within the company, sometimes over long distances. These communicating systems must be secure to avoid asset losses that can easily reach millions of dollars. One of the best-known examples is the “smart network”. The internet of connected objects is adopting this notion of smart network, a network that automatically adapts to security constraints.