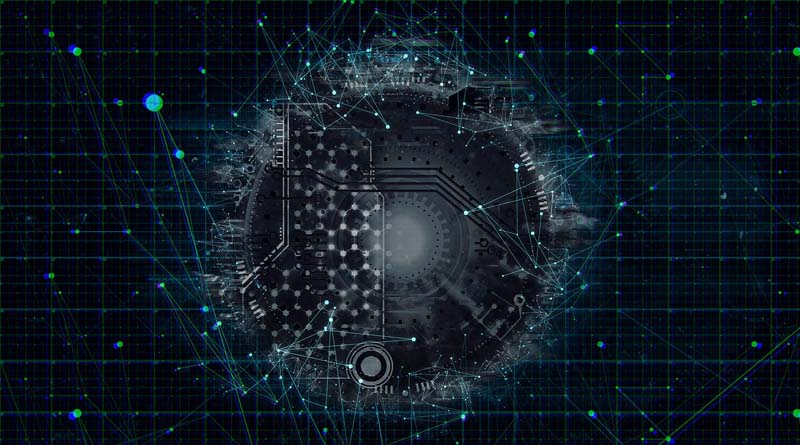 The best disruptive innovation ideas are often those that connect the sectors, while the fuel needed to connect them, the data, can no longer afford to be used lightly. It is based on these two fundamentals that the company will give meaning to its action and define its image to its customers and society in general.

Clear the boundaries between industries

Innovating is not just a question of invention, creativity, technology or even organization; it is above all the ability not to remain fixed, locked in the straitjacket of the company, the sector competitive and its traditional reflexes. In a world that is constantly changing, staying here is dying.

It becomes imperative to get out of the sand and see what is happening elsewhere, in industries sometimes miles away from their own – on one hand to find new ideas or methodologies and processes that would never have been thought of, but better still to build bridges between two sectors and thus create new products or services (inter-industry innovation).

Because today, the lever of lower prices to increase its market share has shown its limits, we have entered an era where the most important thing is to create value.

Beyond making disruptive technology transfers and adapting processes, the objective of inter-industry innovation is to imagine new business models that will erase the lines between sectors. Based on this principle, an innovation in biochemistry could very well have an impact in the world of mass distribution, while an invention in the construction industry or the hotel industry will have repercussions in the supply chain, why not.

A new playground and its ultimate example: the Smart City

A good example that outlines a vision of the future, which could be achieved quickly, is found in co-working spaces, which are constantly increasing in large cities. The players in this market are not intend to rent offices, but offer their customers computer equipment and catering, or organize networking events to provoke meetings. But they could go even further, developing concierge services, deliveries of all kinds, car rentals or bikes and other services that remain to be invented, all through a single user interface to simplify their adoption. A model that could become a standard and be requested by users from all offices, or even a day of all buildings! The real estate market would be deeply upset.

This humanization of the building by the service leads logically to the concept of Smart City, this Smart City where each component is interconnected to simplify, streamline and improve the daily life of its inhabitants. This ideal example, which will involve a lot of companies, shows that many industries will have to work together to make this vision a reality. Companies that have assimilated this principle, whether in the development of the city or elsewhere, will succeed in gaining the upper hand over their competitors.

Data, this digital gold at the center of everything

This new digital and inter-industry world is at its beginnings and will give birth to new services that are still hard to pin down. What we are sure of, however, is that data will play a central role in these processes of exchange between industries, and that is why so much importance is given to it today. But the data economy is still largely invented with a need to use new tools for data storage, distribution and analysis, from which the major new technologies of Artificial Intelligence are derived.

The technological and organizational mastery of the data will therefore be essential, but beyond that, its ethical mastery is and has already begun to play a crucial role.

Europe has understood before the rest of the world the underlying issues of data with the establishment of the RGPD, which sets a framework that will eventually favor data exchanges rather than to curb them.

A benevolent or malicious company?

Guardrails are indeed essential to prevent companies or even states use the data for purposes that do not serve individuals and citizens. For the example of the Smart City, if the goal of progress is desirable, the concept can also quickly turn into a nightmare, as is happening in China where we plug the faces of all residents to be able to detect them in the street and stop them if necessary thanks to facial recognition technologies integrated into surveillance cameras.

The era of transparency and trust that began a few years ago will therefore intensify and impose itself on all companies, whatever they may be. Those whose economic model does not rely entirely on data will have every interest in using pedagogy to explain that they only use the data for the purpose of developing new services for their customers, and that they would not benefit from using this valuable data for potentially malicious purposes.

Beyond its primary function of creating value and benefits, every company has to prove today that it is caring towards its customers on the one hand, but also towards society globally. The concept of CSR (Corporate Social Responsibility) must now be integrated “natively” in all innovation projects, technological or otherwise.

Knowing who we are and where we are going to succeed

With the proliferation of exchanges and inter-industry projects, the company’s original business will become vaguer and it will be all the more necessary to give meaning to its action. For who can say now what is the job of a Google or an Amazon? Let’s take the example of Michelin: is it interesting today to define itself as a tire manufacturer or as a player in sustainable mobility?

Inter-industry innovation will become more and more important and with it, the spread of data will accelerate exponentially. This is why it must absolutely be controlled by companies, which will have to constantly justify its good use.

Organizations will therefore have to master a series of imperatives: definition of the identity of the company and its project, open innovation towards the outside, responsible and conscious, use of good technological tools guaranteeing the integrity and security of data, and finally modern communication based on trust and transparency. This will often involve questioning and changing in mentality, especially older generations, but it is the companies that will succeed that will be the big winners of tomorrow.