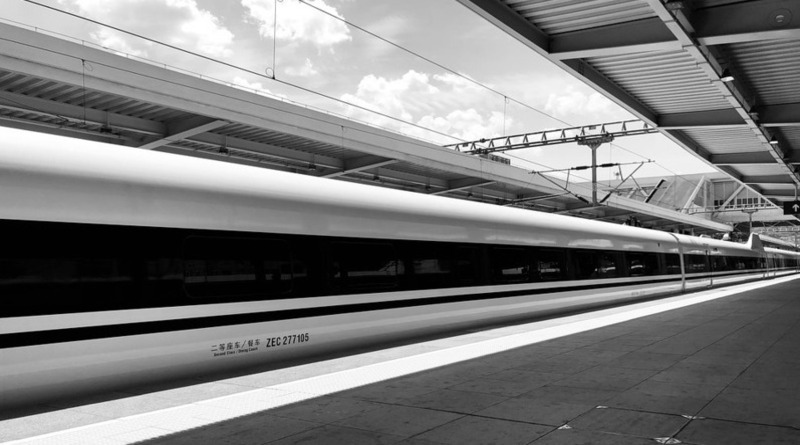 If everyone speaks so much Big Data and Artificial Intelligence (AI), it is with the development of NICT in the last decades. Every day, large groups of NICTs deepen their understanding of the subject, but they are mostly American, with access to data from around the world. China is faced with a choice: let these multinationals develop their AI and provide them with access to the data of Chinese citizens, or develop their own tools to differentiate themselves from the rest of the world.

Despite the impossible access to Facebook or Google, China’s unique digital ecosystem has spawned many other pure players. They have their own users, who create phenomenal amounts of data every day. China, apparently lagging behind the GAFA giants (Google, Apple, Facebook and Amazon) could however come out winner of this global race for Artificial Intelligence.

The Big Data in China has become the technological tool most likely to revolutionize the way companies communicate with their customers. As a reminder, Big Data is about data that is too heavy to be analyzed in a conventional way, and therefore requires special programs for their analysis and understanding. AIs have become programs that understand consumers through the data collected.

Currently, these data are largely based on consumer habits: what are they looking for on the Internet, what is their buying process, what are their reactions to a brand or product… These data represent gold mines for companies that can better know their customers.

In China, data is largely derived from BAT giant sites (Baidu, Alibaba and Tencent), the country’s three major technology companies. Each of them is now garnering huge amounts of data. Baidu is a search engine, its data give it some importance on the digital profiles of Chinese, while Alibaba, through its multiple e-commerce platforms, has different types of data (financial, consumption patterns, addresses …). Tencent focused more on social networks (WeChat, Weibo …) but also on video games (League of Legends, Honor of Kings …). However, if these mega-companies massively collect user data, they do not necessarily know how to exploit it.

CHINA’S ARTIFICIAL INTELLIGENCE WILL COME FROM A START-UP?

The innovation of robots, home automation assistants, smart cars, autonomous systems or connected objects are all areas requiring Artificial Intelligence to be developed. If today, Chinese companies have to go through the IBM, Google or Microsoft AIs for their products, this could change in the future. The Chinese government’s investments have spawned multitudes of start-ups across the country, seeking to develop their own Artificial Intelligence or at least no longer requiring foreign AIs. Beijing has announced investments to the tune of 150 billion yuan (22 billion US dollars) until 2020, for universities, incubators and start-ups for the development of AI in China. This investment could be increased to 400 billion yuan (59 US dollars). These investments are aimed at fostering innovation and the creation of new technologies, in order to give birth to Chinese AI.

If Google launched the development of its Google Car in the United States, Baidu is not left behind. After spending more than three billion dollars, the Chinese firm has seen its Artificial Intelligence project rapidly evolve. Its major investments have benefited three areas: image recognition, Augmented Reality (AR) and deep learning, which allow the AI ​​to make connections between different data elements.

All these investments end up paying today: the image recognition of Baidu is more precise than that of Google (95.4% against 95.2%), while Baidu engineers say they are “confident”: their AI can also beat a champion of go, and so do the same with the AI ​​of Google. Today, however, the challenge faced by Baidu engineers is voice recognition, a necessity against Apple’s Siri, Microsoft’s Cortana, or Google Now.

If these investments look like a gamble, it is a necessity in the eyes of Baidu executives, who see the success of Google and other US companies as a challenge to Chinese companies. Indeed, although the company co-founded by Robin Li is one of the best known in the country, with research technology as sharp as that of Google, the company is still called “the Chinese Google” in the rest of the world.

If it does not have the gargantuan data of Google, Facebook or Amazon, the troublesome Chinese digital have developed since the early 2000s a virtual ecosystem of the middle empire. Baidu, Alibaba and Tencent have developed a strong hold on Chinese digital, including Tencent which manages almost all social networks in the country, with WeChat and Weibo.

WeChat is the application of choice to retrieve user data. With 800 million registered users, and functions ranging from messaging to mobile payment, the application can meet many uses of digital life: consumption habits, places of purchase, brand loyalty…The data collected can thus be analyzed, and allow Tencent to predict the actions of these consumers, at a micro level that foreign companies still have difficulty obtaining.

Indeed, while overseas companies are countless in data creation, their numbers are much smaller in China. If only for social networks, WeChat and Weibo are by far the most used, when the others are in the minority. We therefore find a landscape less broken. Although many start-ups with their own data have emerged (especially in the collaborative economy), large groups are looking to partner with them to obtain proprietary data.

For example, the two major mobile payment platforms WeChat and Alipay offer the same service-based bicycle rental or food delivery systems that provide them with valuable data on the eating habits of Chinese people. These services allow delivery companies to define which types of restaurants to highlight on their platforms, but also who wants to be delivered and at what time, to set up time slots for its delivery.

THE POSSIBILITIES OF AI IN CHINA

Chinese data is particularly interesting for large groups looking to develop Artificial Intelligence. In fact, a large majority of Chinese people have adopted mobile payment, making it easier to obtain consumption data in supermarkets or clothing stores. These data make it possible to draw up a profile of each consumer and each group, and to know them better in order to always offer them more interesting offers.

The most common example comes from Alibaba, the e-commerce consortium. With its “Singles Day” every November 11 (11/11), the sales of the site lead to a real shopping craze. The 2017 edition generated a turnover of 25 billion dollars in one day! If all purchasing data is analyzed, this would be predictive of which items sold best, which age group, which region of China, and how often consumers buy this product.

Chinese AI could thus give rise to greater consumption in China, with greater accuracy in sending advertisements (mobile or otherwise). The year 2017 was 39% more productive than 2016, which could improve the annual performance of the e-commerce giant, but also the stores participating in the “Day of Singles”.