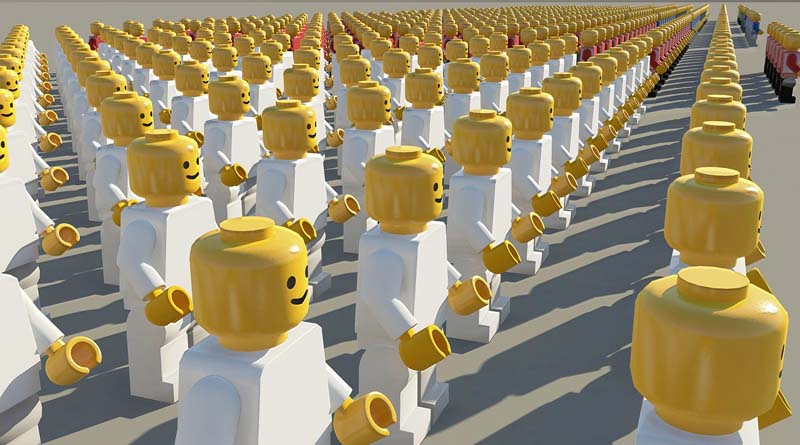 Digital technologies have always been considered as a powerful tool for expanding democracy. Indeed, they have greatly facilitated the involvement of citizens in political debates. Thanks in particular to blogging, social networking and instant messaging platforms, citizen speech has freed itself from countless constraints.

The massive adoption of these technologies is quite striking. In barely a decade, they have managed to change the world in such a way that even governments seem caught off guard, hence the legal void. However, following the Cambridge Analytica scandal, a more general awareness seems to be invading parliaments around the world.

ICT has enabled a better organization of civil society by facilitating access to new categories of information but also to new distribution channels.

The massive involvement of citizens in political life has been a real breakthrough, and to say that the results were not long in coming. In Africa, for example, a number of repressive regimes have been defeated. From Tunisia, through Egypt or Burkina Faso, social networks have largely helped to rally citizens and drive out dictators. Democracy was there, just a click away.

From defender to executioner of democracy?

Democracy is a political system in which citizens have power. This power is reinforced by the principle that everyone can vote and that everyone has a certain freedom of expression. The processing and dissemination of information is provided by a rather dynamic press.

However, it is clear that democracy and its instruments have not evolved as ICT gained ground. Apart from some whistleblowers, neither politicians nor civil society have tried to understand the mechanism at work in this digital Pandora box. Besides, would they have understood, since most of them do not know how to program?

Today is the whole problem of justice that cannot condemn the players of high frequency trading to speculative questionable methods. Indeed, judges cannot analyze and understand the written evidence on millions of lines of code. Justice has become blind to the new laws of finance. Unless we have special tools or recruiting algorithms, we do not see how traditional justice could sanction these new offenses. Outside of a democracy, there cannot be two-tier justice.

Today, digital tools make old-fashioned and annoy the traditional electoral campaigns. In a democracy, elections are called “free and transparent” because we make sure that all voters have decided to vote for a particular candidate on the same basis. This is why each candidate has a precise speaking time in the audiovisual media to defend his project.

But nowadays, digital technologies are changing the game. With Big Data analysis techniques, it is possible to micro-target voters. In other words, it becomes possible to send each citizen a personalized message in order to switch his vote in favour of a political party. Messages that will not even be visible to the regulators of social networking platforms, this is called the dark post, a technique that Donald Trump used to convince black voters to vote for him. The rest we know, he ended up winning the US elections even though he had three million votes behind his rival.

If politicians use digital technologies to better exploit the psychological flaws of each other and send them propaganda messages as a result, it is clear that democracy as we conceive it, loses reliability and credibility. How could we then empower an elected representative if everyone has received a message, an information, a different promise?

Soon, voter profiling will be even more precise as connected objects will take up more space in everyone’s living space. From the car, to voice assistants, television, etc. huge amounts of information will be collected that companies will not hesitate to exploit.

Finally, there will be only one possible outcome in this confrontation between democracy and digital technologies. Either democracy prevails by imposing its supervisory authority over the digital giants via tools such as the General Data Protection Regulation (GDPR); technologies are winning and burying democracy, as have other political regimes before it.

Humanity is currently overwhelmed with information of all kinds. Propaganda, fake news, commercials, etc. which makes many people build their own versions of reality. We just have to hope that this version will not be too far from “the truth”.