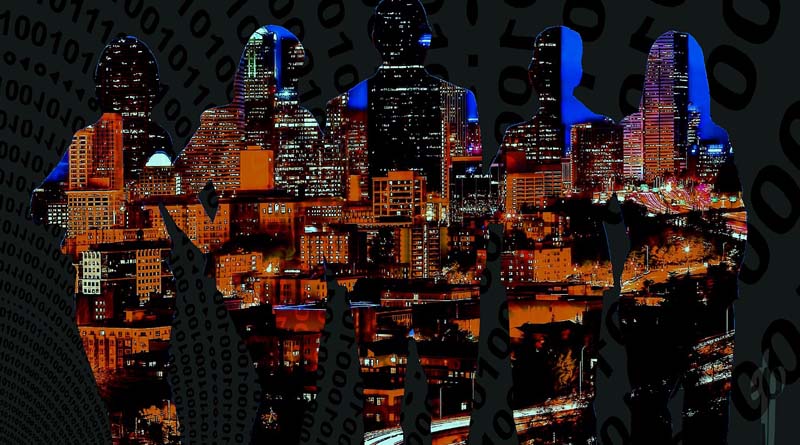 Urban dashboards, often presented as tools for the city’s political leadership, despite their limitations, urban dashboards continue to deliver on their promises.

In New York, the mayor’s office has launched its dashboard  to make sense of the countless data silos from more than 70 city branches, ranging from police data to traffic problems. The dashboard (which seems to be accessible only to the city services, not to the citizens) makes it possible to determine performance thresholds and to customize neighborhood alerts on the increase in the price of real estate, for example, the number of calls to 311 relating to noise, or complaints about the level of dirt in the streets.

How to measure the impact of platforms?

A New York Times article reported on the transformation of the transportation landscape in New York since Uber appeared in 2011.

New York remains Uber’s largest market. In six years, the services to hail a private hire car (rental of a car with driver that is not affiliated with taxi companies) have multiplied, to the detriment of taxis and public transport (the use of the metro has declined for the first time since 2009, even if it remains very crowded). A private hire car trip sometimes costs just twice as much as a metro ticket and is less prone to breakdowns and waiting times. Still, the reverse of the success of the private hire car seems to contribute to the congestion of the streets of New York, which has seen the average speed of movement fall since their development.

Measuring the impact of private hire car services on mobility is still the subject of heated debate. According to a study by the American Public Transportation Association, private hire car users are more likely than other users to use public transit. In New York, where less than half of the population has a car, locals tend to use on-demand transport applications to replace taxis and public transport.

To ease the tensions that their development was generating, Uber decided to share some of the data collected by their cars with the cities, launching in January a dedicated tool called Uber Movement. Uber Movement allows some cities in their service area to access a selection of data to help them better manage their traffic; for example, to look at the time needed to go from one point to another of a city ​​according to the hour or the week. More than two billion anonymized journeys are accessible via the application which promises to facilitate the study of road behaviour and the analysis of external phenomena.

Uber proposes to promote a policy “informed” or “guided” by data. For example, to learn that following the closure of a subway, travel time has increased from 10 – 30% is not really the information that commuters seek to obtain. The focus should be on where the demand is and where the Uber customers are going.

Uber was not the only new player in mobility to open – partially – its data. Waze , Google’s community navigation app, has opened the Connected Citizens program to cities, local authorities and emergency services, allowing them to access real-time alerts from users on their territories, and allowing local authorities to report disruptions as well.

Limits on the fairness of data openness

Open data from digital companies remains an initiative at their own discretion according to the terms they define themselves, which is not without posing some problems.

New York photographer and activist Murray Cox developed the Inside Airbnb site and compared his data to those published by Airbnb in December 2015. Tom Slee, the author of a very critical book on the sharing economy, also regularly publishes data on Airbnb and also found discrepancies between his data and those published by Airbnb. The two activists made the same observation: Airbnb had obviously removed data from its publications, including removing the data of users who proposed several apartments on Airbnb, in violation of the laws of the State of New York. Airbnb finally acknowledged his manipulation. Since then, the company has been withdrawing hosts who offer several apartments.

Even today, the data collected by Cox shows that Airbnb is struggling to enforce the law. Cox works with activists in cities other than New York to help them build surveillance tools similar to its own, to help citizens understand the impact of Airbnb on their cities, without relying on data of the start-up. For Cox, the challenge is to continue to help cities fight against this new large-scale tourism in residential neighborhoods.

The issue of constraining the opening of private enterprise data for the public good remains a thorny issue. The manipulations of Uber or those of Airbnb, show how much the question of the governance of private data of public interest still requires coordination, in particular because all the actors do not pursue the same objectives.