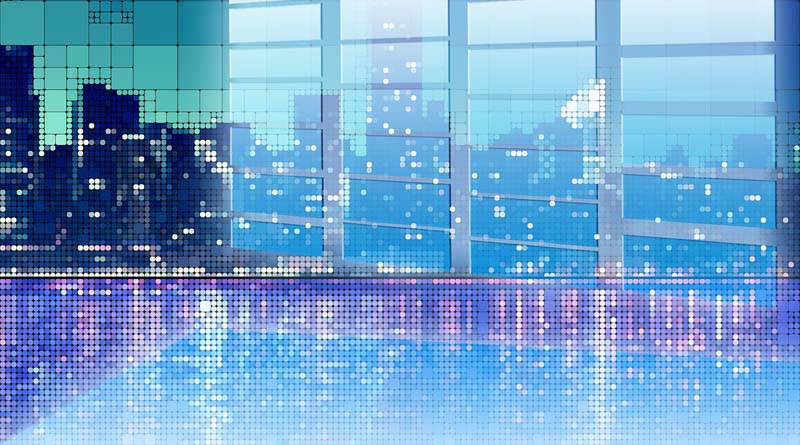 It is expected that 70% of world population will live in cities by 2050. Cities will therefore expand and evolve under the new constraints of energy management and sustainable development. Cars do not fly in the sky yet but the revolution is already under way. In order to pursue it, new technologies will have to serve smart cities.

What is a Smart City?

A Smart City is the ideal answer to the problems of modern cities: pollution, energy, waste… These are based on a smarter global management mode (economy, administration) while remaining favourable to the concerns of the inhabitants. Electric vehicles or eco-neighbourhoods are some of the challenges of smart cities.

To achieve smart urban management, optimal exploration and exploitation of business data is essential. We still need to have data to exploit. More than 3.3 billion connected objects will be deployed in 2018 according to Gartner. It remains to draw all the potential of this Big Data.

In a context where everything is connected (smartphones, but also radiators, vacuum cleaners, houses…), these data are used to measure the potential and the limits of the city: real-time status of the transport and distribution networks, pollution rates, For example, it is invaluable for the precise optimization of its mode of administration. To be able to fully exploit the data, it is essential to bring them together in one place, in one data lake.

For example, Barcelona has used its data to completely rethink its bus system. Since then, 95% of trips can be made with only one match at most. But that’s not all: interactive screens powered by solar energy, intuitive mobile application for residents, waste collection system by underground and no longer by truck… This is a smart city.

The characteristics of a Smart City

To be Smart, cities must first have implemented an open-data system, that is to say opening their data in real-time on a public site and the possibility for anyone to export the data. In France for example, Nantes is one of the most responsible smart cities in terms of open-data with three public sites gathering more than 500 data on the city and a related application for residents. But before these data can be shared, local authorities and businesses must have provided them to the city. Two sectors are particularly crucial for making a city smart:

According to the Smart City Index created by Easypark (https://easyparkgroup.com/smart-cities-index/), Europe is the most advanced continent in the field of smart cities. Indeed, five European cities are in the top 10 smart cities: Copenhagen in 1st place, Stockholm in 3rd, Zurich in 4th place, Amsterdam in 8th and Geneva on the penultimate step of the top.

In Asia, too, the countries quickly realized the stakes; this is certainly the case for Singapore, 2nd in the ranking. We also find Tokyo in 6th place.

American cities are more or less represented according to the different rankings. Boston (5th) and San Francisco (7th) seem in any case ahead. According to the report of the National League of Cities (NLC), 66% of US cities are currently investing in technologies that can make it smart cities. In Canada, the government has just launched a Smart City Challenge to encourage innovation.

Smart cities continue their development. Greener cities, more connected and more adapted to their population are emerging all around the world.

One thought on “Smart City – the City of the Future”