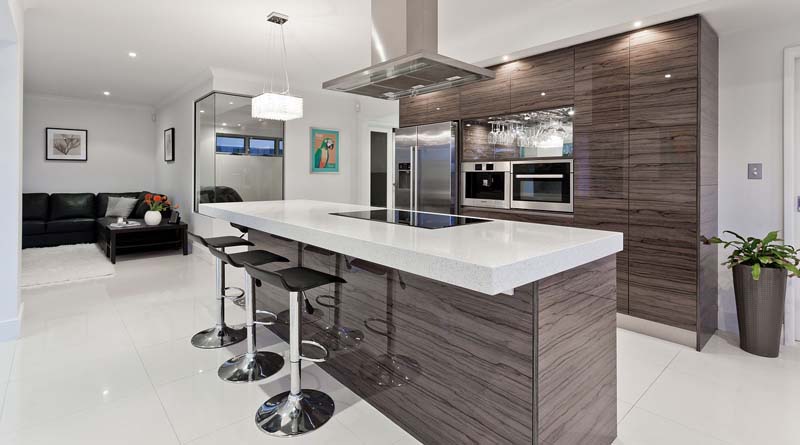 This is how your new smart microwave looks like: it has two cameras and a touch screen with voice control and movement. It allows you to make a teleconference, control your smart home and even share Instagram programs. And its screen is 27 inches.

It’s a new GE microwave. Did I mention that it also heats your food and has an extractor hood?

At the recent Consumer Electronics Show (CES), kitchen appliance manufacturers are in a rare form. While the “smart fridge” has existed as a concept since 1991 (and a product since 1998 ), this year we see all the functions you expect from a modern smartphone or PC – from giant touch screens and Artificial Intelligence assistants – inside a box that defrosts or cooks food.

Philips has launched a 24-inch kitchen screen with Google Assistant that specializes in recipes. GE has his iMicrowave (okay, it’s called a Kitchen Hub). 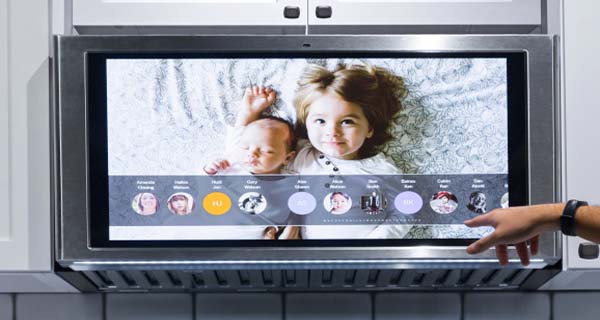 Samsung, in a confusing way, also offers a Family Hub, but it’s actually a Bixby AI-enabled refrigerator and a decent speaker system. 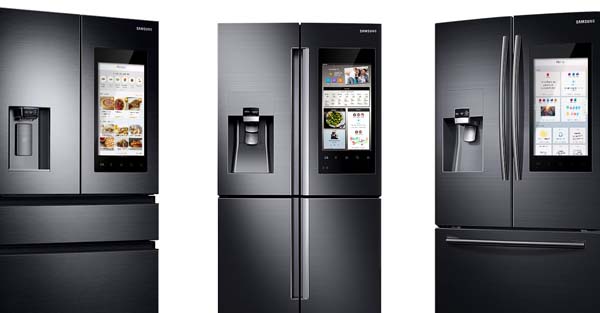 Perhaps the biggest smart kitchen armament has been announced by LG, who launched a smart bunker buster refrigerator that sports a 29-inch webOS screen running with full Amazon Alexa support. AI is often touted as the defining feature of these gargantuan machines, but they eclipse Google Home or Echo Show in absurd shows. A thousand Google Home Minis must enter the footprint of a single LG super-fridge!

So, why should the appliance industry get into the smart kitchen game? This may have something to do with our current attention economy or with the fact that some of the major players in the industry are also manufacturing smartphones and PCs – or with the way our appliances are tending to reflect the concerns people at a given time.

LG and Samsung – the makers of smartphones, TVs and tablets – must have something to do with the rise of infused liquid cookware. Surely, these great technological powers must add touch screens to their devices as a strategy to surpass their US counterparts, Whirlpool and GE. Samsung has been manufacturing refrigerators since 1972. LG has been manufacturing kitchen appliances since the 1950s. It took the two Korean companies just about five decades to double Whirlpool and GE, respectively, as the number one brand and two in the world, the total dollar sales of this universe.

There are other ways to understand this generation of smartphone devices. The kitchen has a unique place in the house today. People are spending more than ever in kitchens at a time when we cook less than ever.

However, cooking is not a new obsession. Just flick through a popular science magazine from the 1950s to see all kinds of crazy concepts for the kitchen of the future. At the time, they were sold to the busy housewife (although the stereotype of the “housewife” did not take into account that women had more babies and more jobs in the 1950s than in previous decades).

Technology in the kitchen has been announced as a savior for a new generation of mothers who had to manage home and work. The companies marketed motorized cabinets, electronic flour dispensers, and a button for each task. The same era brought us all kinds of good ideas today: kitchen lots, dishwashers, garbage disposal machines, and even sinks that put hot and cold orders on just one handle. These products promised to make life easier for the post-war generations, save them precious time by cooking breakfast, lunch and dinner and increase the time they could spend with their families.

Today’s smart appliances do something similar but different: they require you to spend more time in the fridge or microwave – or on your phone, controlling your refrigerator or microwave oven – following the same engagement model – as effective as our smartphones and apps.

These devices are the natural evolution of an industry obsessed with engagement, where constant interaction is the central point. “We know you’re ruining your day on the screens,” it looks like they say, “So spoil it with us, in your beautiful kitchen.” That’s why Samsung offers a video stream to see who’s ringing at your front door on your fridge. And GE has a camera pointing down in its microwave oven so you can see the food cooked on your stove.

Maybe this state of mind is perfect for 2018. If we do not cook in this kitchen, we should do something. Why not put our crushed ice in a device that costs as much as a car?