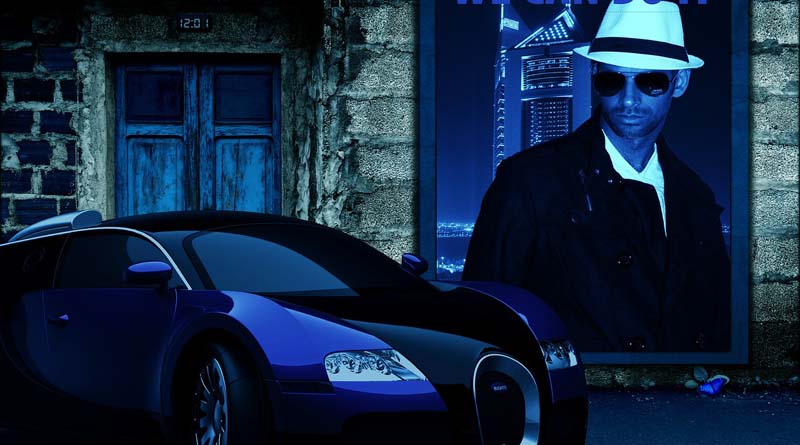 TV will soon no longer be the only communication channel to provide advertisers with “available brain time”. With the future advent of connected cars then autonomous, you will soon have the pleasure of finding advertising in your vehicle.

One day, in the not-too-distant future, you will get into your autonomous car, tell the destination you want to go…and then you will not need (or almost) to monitor the road condition. During the trip, you can do many other things.

Even for home-to-work commuting, a driver spends an average of 50 minutes a day hands on the wheel, and when the shuttlecock is gone, it will probably continue to stay there for a long time – but free hands and mind this time. Smelling the good lane, some companies are already thinking about this near future where, from the status of driver of a connected car, you will switch to that of driver of an automated car – between 2025 and 2050, according to IHS Automotive.

Cars to live in and where to consume

Cars, considered as “living spaces”, but also as spaces of consumption, will allow the passengers to play video games ( for example, with the Nintendo Switch and its successors), to go on the Web, or to watch movies – Ford has for example filed a patent to cover the windshield of a projector screen , in order to project videos.

At the same time, your car without a driver will probably also have personal assistants, which will allow you to search the Internet by voice, to read or listen to the latest news. At the latest Consumer Electronic Show (CES) in Las Vegas, automaker KIA has announced the addition of Google Assistant in its new models – when Amazon’s Alexa assistant is already present in Ford and BMW cars.

When staying in our cars for long hours, we can also view fully attentive, beautiful ads that advertisers can make more and more targeted, through the analysis of data that we leave behind on the web and on our journeys. In Wired , Gregor Pryor, head of the entertainment and media industry for the law firm Reed Smith, prophesies a future where our cars will pick up giant “QR codes” on the side of the road, which will instantly showcase our windshields of personalized ads, just that.

But there is no need to install such devices to exploit the available brain time for future passengers of cars without a driver: the films viewed during the trip can be interspersed with advertisements. In late 2017, Intel signed a partnership with Warner Bros, to develop “immersive experiences in the cockpit” of autonomous cars – movies, trailers, but also targeted ads… The question remains whether we will have the choice not to receive these ads or not.

For the moment, Intel and Warner Bros’ project is still rather vague, but other companies are already at a much more advanced stage on the road to advertising the future. Telenav, a Californian company specializing in automotive technology devices, has just created an “embedded” advertising platform for connected vehicles (and therefore, for their automated successors) for manufacturers.

The concept is close to that of Amazon, one of the recently approved patents plans to condition the decline in the price of its Kindle viewing advertising videos: in order to benefit from connected services at lower costs, drivers would agree to watch ads on the dashboard screens of their car.

SMS ads are getting worse

“This approach would help automakers monetize connectivity, and offset the costs of connected services, such as wireless data, content, software and cloud services,” said HP Jin, Telenav’s CEO. But no doubt that once the connected cars become without drivers, builders and advertisers will reap even more profits.

Telenav also plans to make the driving data collected by the thousands of vehicle sensors available to advertisers, to enable them to adapt their ads to the usual routes of drivers and their geolocation. When they do not drive anymore, they’ll have plenty of time in the world to watch the pubs (which used to only show up when the vehicle was stopped) to buy a pizza or stop at the local fast food restaurant, depending on where they are, and the time of day. Forget the annoying promotional offers received on your smartphone: now you will receive them live on the screen of your car.

You thought you could enjoy your future free time by car to take a nap? Sorry, but advertisers have already decided otherwise. Will you ever be more assertive of ads, from morning to night – as if you’re not seeing enough of them today? Hopefully at the same time will appear “blockers pub” new generation , cut for the road, otherwise progress may turn into a nightmare.