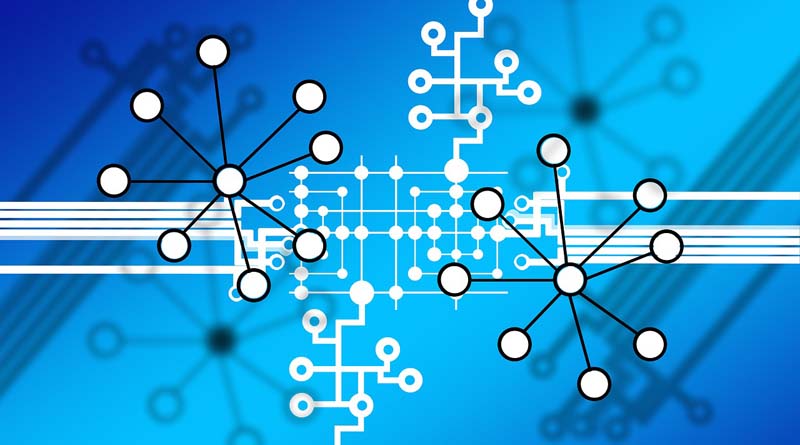 A myth almost always happens when people do not understand or interpret something badly. From this point of view, the Blockchain offers a lot of material for the myths, because the technology is really not easy to understand.

In order to be able to accurately determine the potential of this technology, it is useful to know what is at the core of the following five myths about the Blockchain.

1. The Blockchain is a database and a huge decentralized computer

This is not correct: from the point of view of the result, the Blockchain is a (long) list of transactions. Compared to a database, Blockchain is distinguished by the traceability of actions. On the contrary, a database is characterized by its availability and its performances, which is not the strong point of the Blockchain.

Computers that basically do the same thing: they check the same transactions in the Blockchain and save the history in the list. So it’s not the shared computing power that matters, but the decentralized organization. It is exactly this last point which is one of the biggest strengths of the Blockchain, because if all computers perform identical tasks, namely to save a list hundreds or thousands of times, it becomes almost impossible, thanks to the system, hack or manipulate it.

2. The Blockchain is thirsty for energy

This myth is not entirely true: the technology itself is not energy efficient. Energy consumption depends on the type of Blockchain used: Distributed Public Blockchain or Private Blockchain.

On the energy front, a private Blockchain can function much more efficiently than a distributed Public Blockchain. In addition, the consensus method used or Proof-of-Work Protocol plays a role. This is an energy-consuming method because it requires computing power, even when bitcoin cryptocurrency is used. Some suppliers, however, want to switch in the future on the mining process Proof-of-Stake (PoS), less energy consuming.

3. The Blockchain is safe and reliable

This myth is not easy to prove or refute: the transactions stored in the Blockchain are, according to all current knowledge, safe, because no one can modify entries after the fact, that is to say falsify or delete them. Transactions made by the Blockchain and tasks triggered by what is called the Smart Contracts are therefore safer.

However, this promise obviously does not apply (yet) to applications using Blockchain technology. Here, the paradigm of enterprise computing that 100% computer security does not exist is therefore accurate. For short, the thieves can use a weak point in the program code of the application that was executing Blockchain transactions.

4. The Blockchain will remove entire industries and professions

Which is true: for contracts using the Blockchain, strictly speaking, we no longer need intermediaries, for example notaries to certify certain contracts. Other certificates, for example those issued by registrars, could also be replaced by technology. However, this is still far from being the case, as the legal provisions require notaries or civil servants for a large number of cases.

It will probably take a long time before this situation changes. In addition, these professions have other tasks than contract certification. It is therefore more likely that these professions evolve without being completely victims of the Blockchain. In addition, it will probably also create new intermediaries. For example, the financial sector is in a similar situation and is the first to be mentioned when we say goodbye.

The fear of falling has another face. In fact, banks are among the most active protagonists and do a lot to promote their own digitization using Blockchain technologies. So we cannot say goodbye to the banks.

5. “Blockchain will revolutionize the world” vs “Technology is just an ephemeral hype”

The fact is that the Blockchain starts to move, as far as a chain can. Nearly one out of two respondents in some potential analysis and knowing this technology is already analyzing usage in their own organization; one in five organizations work even on prototypes. However, less than 10% of specialists and executives believe that the technology is currently ready for marketing.

To boost the Blockchain, a legal framework and binding standards are needed. This requires more know-how on the subject, business models and perhaps a great application that would give any hype a significant boost. Blockchain really has a revolutionary potential. It is by no means an ephemeral hype.

One thought on “5 Facts About the Blockchain and Its Opportunities”