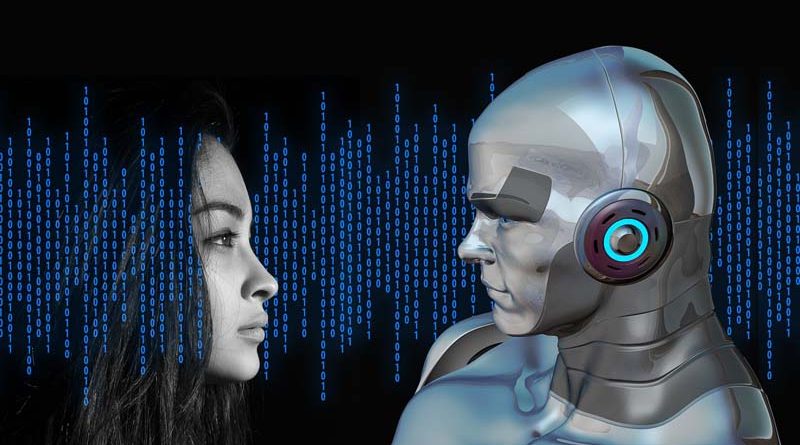 Chatbot is a term that has come up very often for some time. These conversational robots revolutionize the way man interacts with the machine. Since the end of 2016, it’s a real surge that we saw happen on the instant messaging platform with no less than 100,000 chatbots developed, and this with uses that can be applied in various fields such as media, travel, e-commerce or even fast food.

In a context where it has become essential for brands to develop an increasingly personalized relationship with its customers, chatbots are akin to a small revolution that will enable platforms to be relieved of recurring queries, bring real added value to the problems encountered by customers. It is therefore a question of automating certain tasks in order to free human time which will be more qualitative.

What is A Chatbot?

Turning on a server a Chatbot or conversational robot is a program that via a messaging channel will interpret the message sent by the user and respond by performing the requested action which can be provide a service such as purchasing a ticket train or simply by sending a response that will allow the conversation to continue.

The idea is to simulate a conversation as natural as possible so that the person chatting with the Chatbot does not have the impression of addressing a robot that provides automatic and predefined answers. This is made possible by the fact that the Chatbot will analyze the message sent by the user and will consequently react by adopting a reaction according to the configuration encountered.

The Chatbot already adopted by companies

Some companies have already taken the plunge and already successfully offer their own Chatbot to Facebook Messenger users, we can mention among others:

We see it, because of its ability to react “intelligently” to the user’s request by offering different possibilities; Chatbot becomes paramount for brands that can provide a qualitative service to their customers.

How does a conversational robot work?

A structure in a quintile

From the simplest to the most complex

There are different types of Chatbots. However it can be consistent to classify them into two family types: Simple Bot and Conversational Bot.

How does a Chatbot recognize the message that is going to be sent to him? This is made possible by Natural Language Processing (NLP), which will allow Chatbot to isolate parts of the query and structure them according to the user’s intention before to respond to it by the action corresponding to this intention. For example, the phrases “I’m hungry”, “I wish to go for lunch” and “I look for a place to eat” are different ways of expressing a single intention of eating. The Chatbot will therefore be able to trigger the action responding to this intention.

Natural language processing also allows comprehension of context elements such as notions of time and space. So the user looking for an Italian restaurant to dine on Paris at 8pm, will see the conversational robot understand the intention formulated, isolate these different contextual elements and respond with a list of restaurants corresponding to the query formulated.

Thus thanks to the NLP, the Bots can understand and interpret the messages of the users in order to conduct a conversation. Can we say that they are really intelligent? Nothing is even less certain…

The voice of the robot

Today most of the interactions with Chatbots are done in a textual way in order to be able to handle the demand, but with the increasing effectiveness of the “Speech-to-text” systems (which transform the oral language into text) that the track of the Chatbot of tomorrow is oriented partly towards the Chatbot vocal. Indeed, the quality of language comprehension is decisive. The recognition of keywords that currently predominates should give way to semantic analysis in order to promote understanding of intentions, identification of possible solutions and questions to be asked in order to provide a complete answer to the query.

A personal assistant who works as a team

The Chatbot of tomorrow which will impose itself must be able to enrich the complexity of the conversations without being fixed in scenarios and can take “bifurcations”. To sum up, the Chatbot could constantly calculate the best possible conversation path taking into account the certainty of the information obtained according to the context and the potentialities of the possible objectives. For example, the Chatbot could choose to switch the conversation to another conversation channel (mail, phone call …) depending on the progress of the exchange. To achieve this it will be essential that the Chatbot can interact with the other applications of the company.

This is just the beginning…

Become unavoidable in 2017, the Chatbots are however in their infancy. Indeed, textual robots, deployed on restricted messaging channels and not yet possessing real intelligence in the true sense of the term, allow them to understand and manage user interactions in a totally autonomous way, conversational robots have not yet become of real multi-channel personal assistants but this will not be long in the next few years.

The machine is launched at full speed, and new ideas are fired every day. We could now imagine a scenario where an interaction with the Bot would begin at home in a vocal way through a connected speaker such as Google Home , then continue in instant messenger transport, and would end vocally on his place of work on his computer.