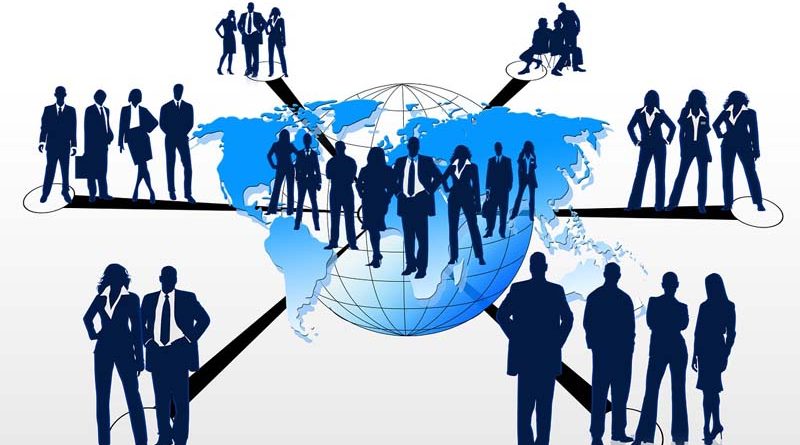 Collective intelligence refers to the enhancement of the cognitive capacities of human groups through the judicious use of digital media. The focus here is on shared memory, collaborative learning and real-time skills coordination.

Ethology studies the collective intelligence of social species. For example, bees, ants and termites have a division of labour and communicate closely. Although an ant’s cognitive abilities are limited, the anthill as a whole manifests an “emerging intelligence” that enables it to learn and solve problems. Great apes have complex social behaviour and particularly developed modes of communication.

Collective human intelligence is in the continuity of collective animal intelligence, but it is more perfect because of the language, the political, economic, legal and other techniques and institutions that characterize us.

The main difference between collective animal and human intelligence is culture, that is, an accelerated learning capacity of the species, whose know-how accumulates and is transmitted from one generation to the next. The other difference is by means of signs and tools rather than by simple biological evolution. No individual would be “intelligent” without participating in social communication and inheriting the knowledge created by previous generations.

Cultural evolution has already crossed several thresholds of collective intelligence. Indeed, the inventions of writing, printing and the electronic media (music recording, telephone, radio, television) have already irreversibly increased our capacity for memory and social communication. The collective intelligence of human groups is not to be created, it already exists and it has a long history behind it. The real stake of the meta medium algorithmic is thus the crossing of a new threshold of increase in collective intelligence.

Much of the digital intelligence is implicit. Whenever a query is made on a search engine, a message is sent online, a hyperlink is created, and information is categorized by means of a hashtag. One buys a product online or one likes a photo, one feeds algorithms that transform the structure of the collective memory and that help to direct the attention and the activity of the other Internet users.

There are also explicit forms of collective intelligence, for example, the collaborative programming (free software, Github …), and new forms of online encyclopedia such as Wikipedia, which bring together immense international communities of editors and publishers.

Beyond widespread social practices, collective intelligence is also a programmatic slogan. In computer science, it is a line of research that is a counterpoint to Artificial Intelligence and was initiated by Douglas Engelbart , the inventor of the mouse and the first applications of collaborative work. Instead of trying to make computers smarter than humans, the goal here is to make humans more intelligent through computers.

In the domain of the management of the knowledge economy, collective intelligence is presented as an art of simultaneously maximizing creative freedom and collaborative efficiency. In politics, It is a question of allowing the greatest number of singular voices to be heard (as opposed to partisan homogenization), to facilitate online deliberation and the rapid creation of networks of mobilization and mutual assistance.

The notion of collective intelligence gives rise to some misunderstandings. We oppose the “collective stupidity” observed on the social networks. But speaking of collective intelligence does not imply any value judgment. We can note the increase in the cognitive abilities of the groups without necessarily approving everything that is said on the Internet. Nor is it a matter of attributing autonomous consciousness to communities. Reflective consciousness is personal, whereas collective intelligence is an emerging social phenomenon. Finally, the technical increase of the cognitive abilities of the groups does not in any way dispense with a personal effort of learning and original creation.

One of the major challenges of contemporary education is to educate students in the responsible use of new communication tools . To learn how to manage one’s attention, to critically analyze the sources to which one connects, to take into account the culture of one’s correspondents, to identify the different narratives and their contradictions…all contribute to individual learning and to improve collective intelligence.