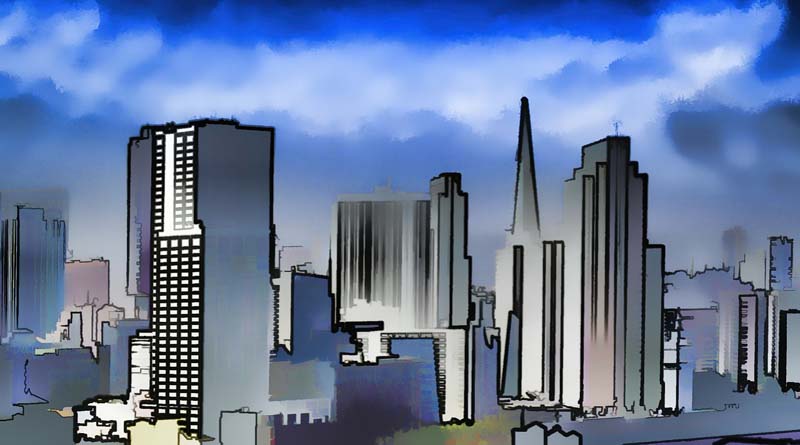 The concept of Smart city, connected city or digital city is to design an urban model relying on the new technologies to which to tend for the city of tomorrow. Numerous actors working in the city’s factory, such as elected officials, industrialists, architects and urban planners, entrepreneurs, collectives,  are multiplying initiatives in this direction, with Open Data, connected objects, applications and digital platforms.

In the context of environmental emergencies, new technologies are positioning themselves as efficient solutions to better live in the city and optimize access to resources and services. Smart cities should position themselves among the opening of data, the deployment of services to optimize parking and travel, and the development of a smart grid to control electricity consumption on a district scale.

In addition, smart cities should also concern about its environment to avoid the congestion of its transport infrastructure, master of its consumption (water, energy) and equip with means of communication facilitating the access of citizens to all services.

In this type of approach, digital wants to bring the citizens closer to their environment. But the pitfall would also be to isolate the inhabitants.

A smart city should be a connected city, and it should be focusing on improving quality of life, and placing human, all humans, at the heart of the urban project. If the connected city does not create a social bond, it can become paradoxically regressive, favoring isolation..

Opening up data, increasing the number of sensors and connected objects connected over the Internet is a source of concern to many citizens and defenders of individual freedoms as regards the security of data. Of course, the promise is not only to improve urban life but it is impossible today to prevent possible piracy of the data.

At the same time, how can we not fear the drift towards increased mass surveillance cameras which are presenting everywhere in our daily lives? In terms of general utility data, it seems interesting to bet more on open source to develop the smart city by considering data as common goods. For example, we can imagine a co-management between the service user and the enterprise for data valued by private actors.

Urban crowdsourcing for a sustainable city

Digital crowdsourcing tools enable citizens to contribute to the urban fabric by producing data, opinions and ideas about the city. In a collaborative approach, they would lead to better solutions and engage citizens in public life.

Crowdsourcing is based on a simple idea: using digital to collect and organize the contributions of a host of “non-professional” individuals and thus obtain innovative solutions or products. Crowdsourcing is shaking up the world economy by turning consumers into contributors networked by platforms (e.g., Amazon, Facebook), and has also embodied itself in emblematic examples like Wikipedia or Open Street Map.

These three essentials are combined to shape a new way of doing the city from data exchanges. With technologies, Big Data and crowdsourcing, getting to know the city better and better co-producing it must and can go hand in hand, allowing a form of involvement complementary to the more traditional forms of participation. A new virtual public space, useful for sustainable urban development, can be invented.

This will only happen under certain conditions. Digital education and its use should be a priority so that no one is left out of this movement. Local authorities will also have to go beyond simple modernization of traditional channels of information and interaction, in order to truly recognize and mobilize the citizen’s intelligence. It will also be necessary to mobilize communities of users, giving them pledges on the impact of their involvement, or even rewarding them. Finally, cities will have to articulate their strategies in terms of digital, citizen participation and sustainable development in a transversal way with the objective of an open democracy.

One thought on “Smart City – Towards a More Sustainable Digital City”