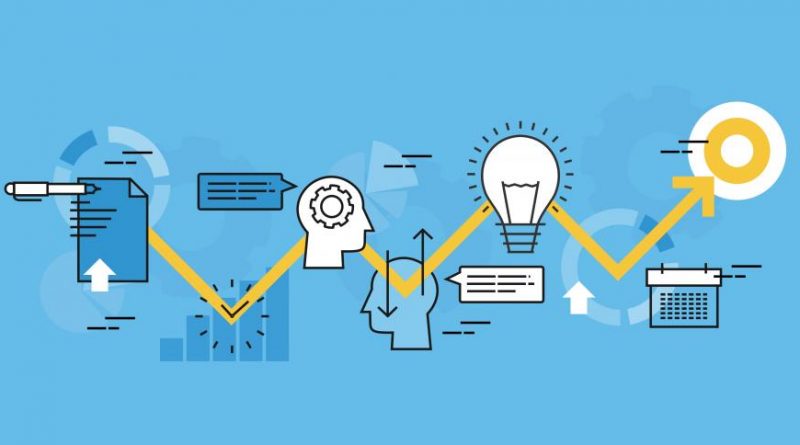 The elusive nature of Big Data, as well as the difficulty of defining it precisely, seems to be partly due to the frequent use of the ambiguous term “Big Data”, the origin of which is still debated to this day. Added to this is an indirect allusion to “Big Brother” raising a touch of hostility about the perception of Big Data by the media and the general public. It is therefore important to avoid buzz “Big Data” if we really want to understand the change that is taking place in the world of business and globally in our society.

At the origin of the Big Data phenomenon

The congruence of several technological phenomena is responsible for this acceleration of the volume of data generated. First of all, thanks to web 2.0, the Internet has gone from a static phase in which web content was frozen and only produced by developers and other webmasters, to a dynamic phase in which users have acquired the ability to generate Content via blogs, video sharing sites and of course social networks.

The meteoric success of the Facebook (1.86 billion users by the end of 2016) and Twitter (more than 319 million monthly active users) is another factor that has amplified the generation of data by users. For example, 500 terra-bytes of data pass through Facebook servers (the equivalent of 20,000 Blu-ray discs) each day. Add to this, the increase in the number of connected devices per individual. We are talking about an average of 2.5 devices per person on Earth in 2017.

Finally, the integration of standardized electronic identification systems in a growing number of objects generates a massive upheaval of the Internet. The houses are increasingly “smart” and connected through their television, refrigerator, washing machine, but also thermostat and electric meter. But the Internet of objects goes far beyond the hearths. For example, almost all aircraft equipment such as engines, flaps or landing gear has an internet connection and generates data.

Awareness rather than a technological revolution

Very often, names such as Hadoop, HBase, BigTable, Hive or Cassandra appear as representatives of the technological revolution associated with Big Data. All these solutions are based on the principle of distributed architecture which is far from new in computing.

The techniques used to analyze Big Data come from business analytics and business intelligence, two areas that have existed for a long time. For example, the analysis of social network flows is based very often on techniques of analysis of feelings (or opinion) that have existed for several decades. Similarly, the analysis of Big Data is often accompanied by an algorithmic dimension whose techniques (such as clustering, association learning or Bayesian networks) come from the discipline of machine learning, which originated in the sixties.

Big Data is therefore not a technological revolution. Rather, it is a general awareness of the amount of data that is now available to businesses and other organizations, and the potential they contain, as well as the strategic opportunities that can arise from their processing. As a result of this awareness, there is a change in the way companies operate and a redistribution of competitiveness maps.

The new fuel of innovation

Being able to process, store and analyze these vast continuous data streams offers an infinite number of new possibilities to accompany decision-making, acquire knowledge, optimize activities and also innovate. Organizations that transform this data into strategic information will therefore have a decisive economic and strategic advantage.

This is the case of Netflix . Through a multi-year analysis of Netflix user behaviour data, the US company successfully migrated from a simple online content provider (streaming series and movies) to content creator, producing for example series such as House of Cards, which keeps generating income and winning prizes.

UPS uses a new vehicle guidance system with real-time analysis of customer, driver and vehicle data. It saves time, money and fuel consumption, which gives UPS a competitive advantage over its competitors.

Within the companies themselves, this awareness creates a change. First effect: a tendency to “datafication”. Many initiatives are being developed to digitize as much as possible the information generated within the company but also the one that revolves around it. Consumers are no exception to this rule because the datafication of consumer behaviour is also a growing phenomenon, which causes a break in certain sectors such as insurance or banking.

The predominant role given to data and its analysis in the functioning of firms is not, however, synonymous with a reduction in the human factor. Big data offers managers and managers the opportunity to measure, in a very precise way, the activities of a company. This direct information on the state of the company has an immediate effect on the decision-making.  The decisions will have a more scientific dimension due to the increasing use of these data and their analysis. This will also have a direct impact on the function of manager and the skills that are associated. A manager must be able to evaluate the potential of certain data but also to identify related business issues.

As early as 2011, a McKinsey report had expressed concern about the overall lack of expertise and “Big Data” skills within companies, enabling organizations to organize data, extract relevant information and Strategic decisions. It is therefore imperative that training organizations become aware of the change taking place within the managerial function. A young manager entering the labour market today will inevitably face Big Data projects during his career and will have to evolve more and more in environments where data will play a major role.

This general awareness of the importance of data announces a change in rules in terms of competitiveness. Data has moved from a support function to a strategic resource, which in turn transforms organizations in depth. Business strategies will increasingly be “data-driven” because Big Data is an engine of innovation and new economic models. The business of tomorrow will be a “quantitative enterprise” in direct contact with its environment, its state and its activities.