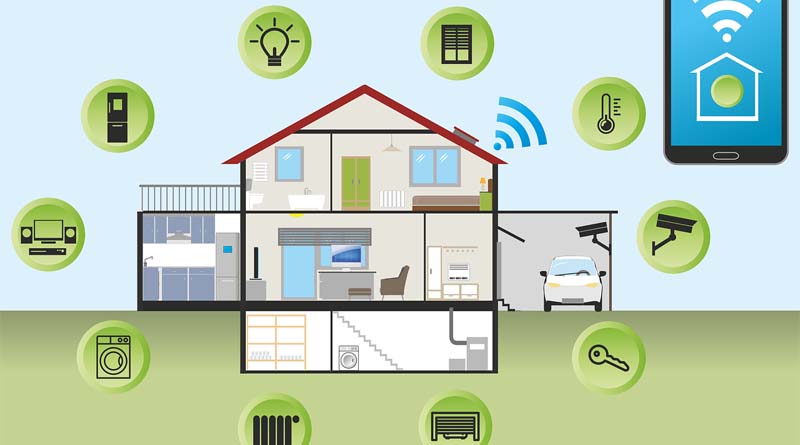 The amount of digital data around us is constantly increasing, this is not new. Each of us produces new data virtually all day long – not just in a professional setting; or example, the information you add on social networks or instant messaging on your smartphone.

As more and more connected objects are entering our daily lives, information can be exchanged not only between people, but also objects. We will increasingly see data stream transmitted via the Internet to allow “things” communicate with each other.

The arrival of the Internet of Things (IoT)

The term Internet of Things, or IoT, although it does come to the fore recently, it did not start yesterday. It can be dated back to 1999 from a research center based at MIT.

The IoT is not complex, at least conceptually. It corresponds to a reality where objects are able to exchange information. To understand the potential of the IoT, you just think about the fact that an increasing amount of objects (and we’re not talking about a PC, smartphone or tablet but all other objects in our daily lives) will be able to speak by exchanging data collected by sensors, accelerometers or GPS to offer different services to make our lives easier.

This type of communication between objects is usually related to the acronym M2M that refers to machine-to-machine communication that allows devices to communicate wirelessly or connected.

Try to imagine the IoT in the automotive sector. Traffic lights may send the cars in transit information on speed limits or the proximity of a stop line. The cars would then be able to adjust their speed based on the received information. The parking could send the vehicles information about the availability and location, rather than simply indicate the number of places at the entrance.

It could also take the example of the health, not just health monitoring. How about if drug packets reminded you take the tablets you have forgotten?

Applications will also be numerous in home automation. Intelligent washing machines will select the wash program automatically based on information sent by the clothes and the refrigerator will warn us of the expiry of a given food. Those who do not have green fingers will also be delighted to know the pot is able to inform the watering when water is poured on plants.

The applications of the IoT will cover the areas of security, health, entertainment and more. In truth, no need to wait for the Internet of Things, at least in its infancy, it is already a reality: portable technologies are an example. The IDC research firm estimates that by 2018, 112 million units will be sent to the market.

The Internet of Things will also be the focal point of our city or better – so called Smart City . In this context, Cisco started collaboration with some cities on projects and innovative IoT platforms IoT.

According to Gartner, the number of connections between the objects today is already more than the number of traditional Internet connections. The research firm estimates that about 25 billion devices will be constantly connected to the network by 2020.

The Internet of Things – the Storage of Everything

The data generated by the objects to be transmitted through wireless technologies and these items must be uniquely identified. The RFID (Radio-identification) chips or NFC (Near Field Communication) already allow objects to have a unique identity and to disclose certain types of information. Similarly, objects need to be identified by a unique IP address on the Internet. This can be realized only with the transition from Internet Protocol v4 to Internet Protocol v6, as standard IPv4 is no longer sufficient to provide a satisfactory number of IP addresses for the billions of objects that will need an IP address.

Data transmitted via the Internet can be collected in a central database and monitored, analyzed and processed. The Internet of Things may well be the engine of a new digital storage area: the Storage of Everything (SoE).

The collection, transmission and processing in real-time of this large amount of data, much of which deconstructed as sensor measurements, GPS and other sensor systems, brings us to the concept of Big Data and capable storage architectures of support. The implemented IoT and SoE should not only help to monitor the status of devices, but also to collect measurements of thousands and thousands of objects connected in real-time.

Many of the biggest brands who are very active in the storage platforms have already made a step in designing systems that allow their customers to effectively manage the Internet of Things and Storage of Everything. Among them we can mention the Cloud solutions from IBM , the Cloud computing platform from Microsoft , the Dell laboratory to assist customers in testing solutions related to IoT or launch the HP Service.

We will be surrounded by billions of intelligent objects which are able to communicate by exchanging data on the Internet and even our cities will soon become intelligent. Cloud platforms appear to be the best systems to support the connected objects and the Storage of Everything. Many manufacturers have already started to offer their customers reliable and scalable to manage the Big Data generated by the IoT.

We have only three years to wait to arrive in 2020 and possibly 100 billion objects connected to the network, but those who do not have the patience to wait can immediately take their first step on the IoT by buying a connected device.