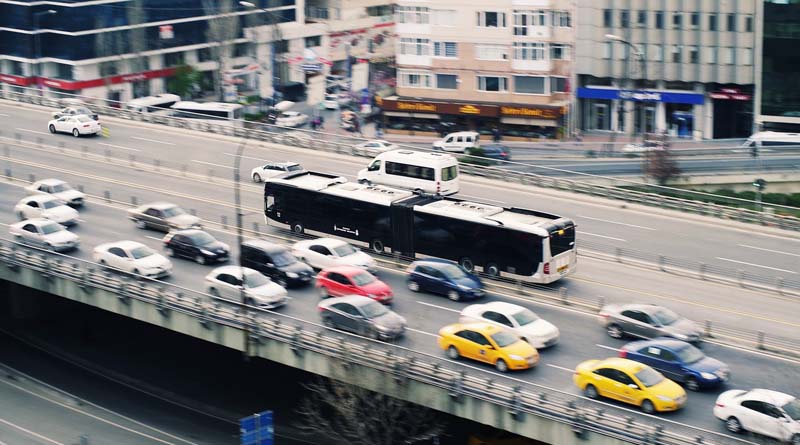 There are a lot of discussions on the advent of the autonomous car recently; especially after the first accident of a Tesla under autopilot occurred in early summer 2016 are proof of the interest it arouses. It is difficult to imagine the consequences of this revolution announced, either for the automotive sector, for public transport or for mobility in general, but we try, in our small way, to indulge in this exercise.

The first question that arises is whether people still buy cars if they can call a car that picks them, and returns back, and the car can park by its own until receiving the next call? And similarly, whether people will continue to use public transport?

I do not know whether the transport operators are concerned about the autonomous car, but in any case, it interests much this sector the same level as the automotive sector. In a public transport exhibition in Versailles in June 2016, all the operators proudly displayed different colours of their small autonomous shuttles, a kind of electric microbus without drivers. Most of them are prototypes, and some of them already had closed-site experiments.

What interests the transport operators the most for these autonomous vehicles? It is the fact of being able to do without a driver because the payroll (the cost of drivers) usually representing a significant share in the cost of public transport (between 50 and 60% of operating costs).

Finally, public transportation might be one of the first opportunities for autonomous vehicle. Indeed, if we recognize that a transport system without driver wills statistically less risk than a human being, why not apply it in the transport sector, especially for train, tram and plane? For example, there are already subway systems without drivers.

Even there is still a long way to go between the experimentation of own-site prototypes and the mass diffusion between the evolution of regulation and social acceptance, the reflection on the autonomous bus seems to be well underway.

The big question is the impact of the autonomous vehicle on global mobility.

If the autonomous car is likely to lead people to buy fewer cars, it is not certain that it will lead to a reduction in automobile mobility if it is not accompanied by a change in behaviour. Indeed, this reduction in the number of vehicles can be compensated by their greater use (e.g., by several successive users).

Even a greater the risk is that as time spent by car can be more productive, there is a real risk of increasing, for example, urban sprawl, since journey time becomes productive; it does not matter to be stuck in traffic because people can work, call, watch a movie, read a book…

Will it make people use more or less public transport?

Basically, whether the shared car will come to replace the travel by personal car, or rather to trips by public transport? This is a question that cannot be answered easily. It is likely that there is a risk that the autonomous car will allow people to stop taking public transport and generate more traffic congestion. Part of the transit riders might change to take autonomous car because the time spent in the traffic will no longer be wasted, since they will be possible to work, to phone and to make this travel time a productive time.

As for the car and driver, whether public and personal autonomous vehicles do not depend only on technology, but rely on whether the public policies in favour of one or the other mode, which are often critical to orient behaviour change.

One thought on “Will Autonomous Vehicle Replace Public Transport?”