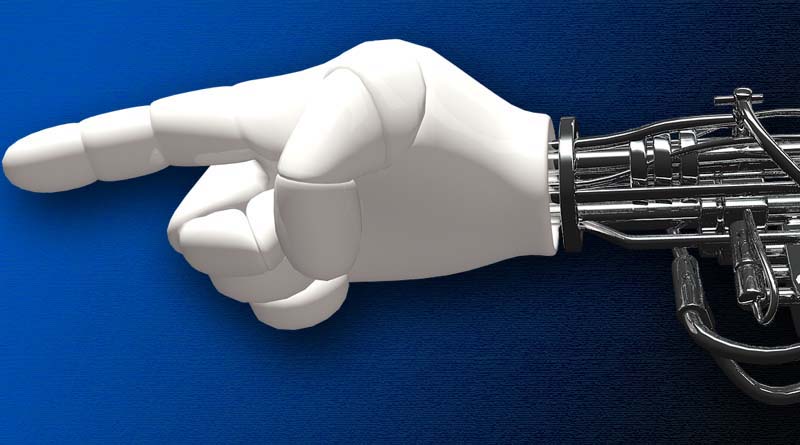 2016 was a great year for Artificial Intelligence (AI). But 2017 should be even more prosperous. Advances in the field of AI should continue to accelerate in the new year with an even stronger industry adoption, companies, in applications and services.

For years, researchers promise a revolution in AI. In 2016, technology has made major progress, and today, the time of this revolution seems finally arrived. “The year 2016 was exceptional for AI,” said Patrick Moorhead, an analyst at Moor Insights & Strategy. ” We’ve seen industry giants like Microsoft, Google, Amazon, IBM, Intel, and Nvidia, either make AI as one of their main objectives or add and advance the craft with new offerings to democratize AI” .

What has happened last year?

The year 2016 was also marked by a strong involvement of industry in the AI. Thus, according to CB Insights, a research firm specializing in the technology sector, during 2016, at least 20 companies working in the field of Artificial Intelligence have been acquired. For example, Apple acquired Emotient, Tuplejump and Turi; Salesforce bought PredictionIQ and MetaMind; Google has put his hand on Api.ai and Moodstocks; and Intel acquired Itseez, Nervana Systems and Movidius. During the year, Twitter, eBay, Oracle, Amazon, Microsoft and GE also acquired AI companies, including a number of start-ups. This also means that large companies want as much recover the specialized AI researchers that the technology on which they work.

Suffice to say that the big players in the technology industry, and out of this industry, starting to face facts – the AI ​​will play a big part in their activities, either to help customers choose online the garment that suits them best, which is to facilitate trade by helping drivers to avoid a traffic jam on a journey, or even to identify attempted fraud on the accounts of a bank, or to interact with customers voice commands, text messages or chat.

For leaders of the 1-800-Flowers site, Artificial Intelligence technologies are so important that they are likely to radically change their business. “The change to come is also important that when starting the e-commerce,” said in an interview last fall, Chris McCann, the President and CEO of 1-800-Flowers.com. “The AI will enable us highly advanced customer relationships. It is as if we were starting a new company. ”

Smart assistants and autonomous vehicles in 2017

Last October, during a speech in the World of Watson conference, Ginni Rometty,  the President and CEO of IBM, said that in the next five years, every major decision – personal or business – would be taken Watson with the AI ​​system.

This kind of statement shows that the tech giants strongly believe in advanced technology.

“The expected changes are the appointment. But this level is moving fast and even faster changing technology could change that dynamic dramatically, and many people are working for that to happen, ” said Rob Enderle, an analyst with the Enderle Group. “Next year there will be even more intelligent systems, an even greater number of intelligent assistants and many more autonomous vehicles and even autonomous UAV tests. In other words, during the coming year, the progress of Artificial Intelligence will begin to spread in different areas. These are not mere progress. ”

The AI ​​itself could fuel this progress. “At the moment, Artificial Intelligence is largely created by humans”, further said Rob Enderle. “The next wave is likely to come when AI systems will be used more systematically to create future AI systems. The rate of change will probably follow more than a linear scale and become algorithmic.

The AI applications continue to grow in 2017

The analyst does not think we are still at the tipping point. “But we are close. Probably, this changeover will take place next year, when the AI ​​has made its way into a greater number of applications, ” he said.

The IDC analyst Dave Schubmehl, also thinks that more companies will adopt the AI ​​next year. “We should see a significant increase in the distribution and use of AI and its integration into business applications, to provide advice, recommendations, forecasts,” he said. “We are on track, given what we observed on the market.”

David Moorhead agreed, and added: “The intelligent agents like Alexa and Siri are not as advanced as predictably.” But both hope however they benefit from a strong increase in 2017.

Sorry. No data so far.