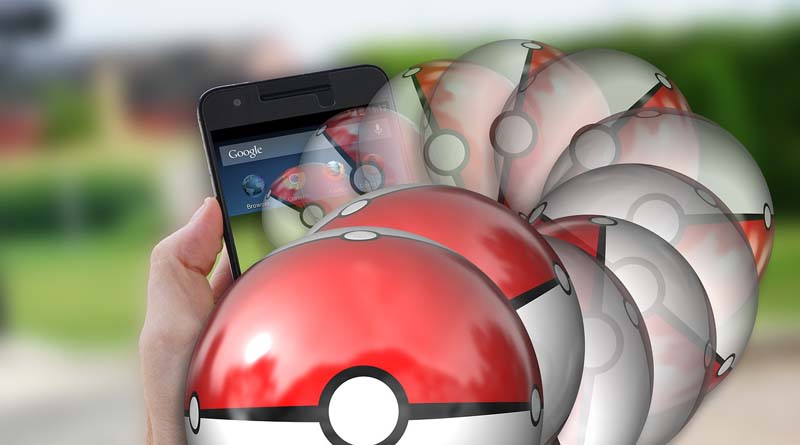 Besides the innovative and attractive appearance of this new game for smartphones, Pokémon GO is a social phenomenon. Its concept would also be an introduction to behavioural changes that would facilitate the development of smart city.

The principle of the game is to catch Pokémon that appear in augmented reality through the camera of your smartphone.  Depending on your position in the city, it is possible to catch more or less rare Pokémon, join other players in areas where Pokémon tributary, pick bonuses in areas difficult to access or learn about different tourist places.

Pokémon GO could represent the first form of reality platform for smart cities, allowing to control the engagement and participation of citizens in the city initiatives.

Since Pokémon GO releases, many disputes between trainers broke out, a group of youths stole a boat to an island to capture rare Pokémon and motorists have even taken the liberty to stop in full highway to catch a rare creature. A multitude of cases were discussed.

This application is a direct descendant of Ingress, also designed by Niantic Labs, which uses a similar augmented reality engine to provide a game featuring an alien invasion. Zombie Run, like Pokémon GO, was a game based on Google Maps, allowing players to avoid augmented reality zombies moving in the city. Chromaroma promised to create games for public transport using the API provided for the system Oyster Card in London. This experience was intended to give a little magic to public spaces and transport.

An app that would control the crowds

The concept of this game is that it plays on the passion and impulses, pushing users to leave their homes and improve their social relationships. Behind it, a real economy is being put in place. Since its release in stores on July 7, Niantic Labs has generated more than $14.4 million through the game. Nintendo, meanwhile, rose from 16% at the Tokyo Stock Exchange, surpassing even Sony, its biggest competitors. Some companies already use lures (modules to attract Pokémon in one place for 30 minutes) in order to attract customers into their stores.

When looking at this type of practice and the wealth of data that this game is able to generate, one can imagine that the cities would do well to adopt the GO Pokémon game or application based on augmented reality, to increase attendance certain places. Large companies are now engaged in the race for personal data can pay big and be sold to multiple customers. With the transmission of the email, age, name and surname of the players, phone number, geo-location, IP address and identification number of the smartphone, one can think that Pokémon Go is the very definition of Big Data.

A way to increase citizen involvement in city projects

These virtual creatures have the potential to contribute to social solidarity and incorporate new features such as alerts, on whether the user is safe. This kind of feature would serve for lost children, for women walking alone or as part of carpooling. This could also influence users to move towards specific locations as a new store in full promotion, a new restaurant, etc.

The commitment and participation of citizens are among the main challenges for smart cities projects. To misuse and Applications based on sustainability could result in a significant change in behaviour of citizens. For example, applications providing real-time information on transport networks have in common aims, in part, to encourage people not to use their cars to walk, cycle and use public transport.

To date, the main use of augmented reality as part of the smart city would control crowds. For example, it would be possible to influence the population on their routes and on the move for various reasons. In stations, the staffs takes care of directing pedestrians while the virtual reality characters would largely the case, if any augmented reality platform were to be accepted by a wider audience.

We have seen many times, especially in the industrial sector, as augmented reality allow perfect interaction between IoT and humans. In the past, games have already shown their potential to educate users to new interfaces and usage patterns. Pokémon GO also shows the potential of the scheme of “gamification” for development of smart cities. Indeed, a smartphone application for improving social relations and entertainment is far more attractive than the public tactile devices that municipalities are trying to install to expose their data and applications to the people.