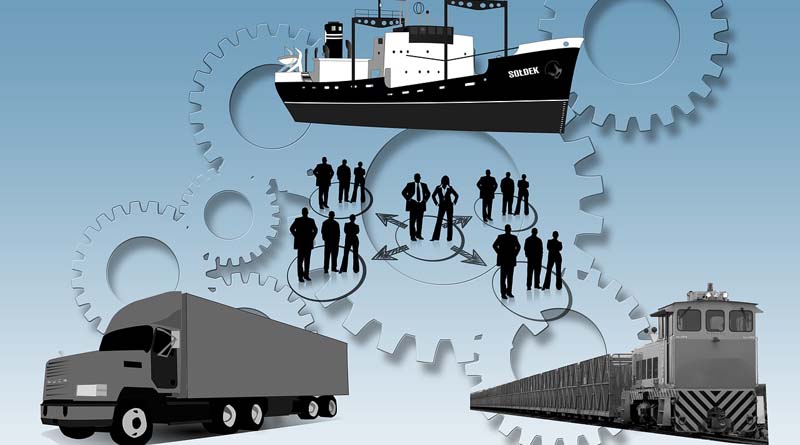 When talking about IoT, people often cite wearables and other objects connected as a revolution. However, the IoT has already had a significant impact on the operation of many industries. One example is the logistics industry.

IoT will have huge impact on logistics

IoT will profoundly transform the logistics industry. The IoT will have a huge impact on the way the leaders of the value chain have access to information and be able to work together.

The basic IoT solutions are used in logistics for years. For example, FedEx was the first company to package tracking to face competition. Similarly, Walmart had its pallets equipped with RFID tags decade before its competitors. This allowed the company to reduce excess inventory in its warehouses and thus make savings.

The value chain will be disrupted in many industries by 2020, when the IoT will connect 25 billion devices by 2020, according to Gartner.

A package can be tracked at each stage of his journey, but it must be scanned by employees through different points. To make the economy of labour work, interesting solutions are emerging. A delivery truck has the ability to act as a player automatically chanting RFID labels on packages or on pallets. The employee only has to load the vehicle. All data will be accessible via the cloud, and the position of the vehicle and information about the temperature.

As packages, pallets and containers fitted with RFID chips will soon all be able to communicate among themselves and with the infrastructure, warehouses can track inventory, vehicles and other equipment through the cloud. This will automate the asset and location tracking. These automations will benefit the employees as they are no longer physically on some sites that could harm their health or safety. With a much clearer vision and much wider than the whole supply chain, companies can reduce the co-management, restrict the movement of vehicles and thus save fuel, and especially avoid wasting time.  If import-export partners both use these technologies, they could apply this organization worldwide.

When the GPS and RFID location data is combined with other sensor data from cars and trucks, the supply chain becomes proactive.

For example, drivers will be informed of their potential delay before being stuck in traffic, just for bad weather or an accident. In addition, companies can monitor the performance of the driver or the vehicle.

Sensors on the gearbox or the engine could be used to detect overheating, and could indicate a failure before it happens. As such, breakdowns and loss of time will be reduced.

Transactions on the market clearly show the importance of IoT in logistics. The US telecommunications company Verizon has acquired a fleet management company called FleetMatics for $ 2.5 billion, a large budget to improve its revenue.

These data will also be used to identify the most cost drivers on fuel consumption, the condition of vehicles and tires. Data on the best driver will then be used as examples during training.

These few use cases of the IoT in logistics allow the industry constantly improving the efficiency of business operations and optimizing the identification of problems in real-time.