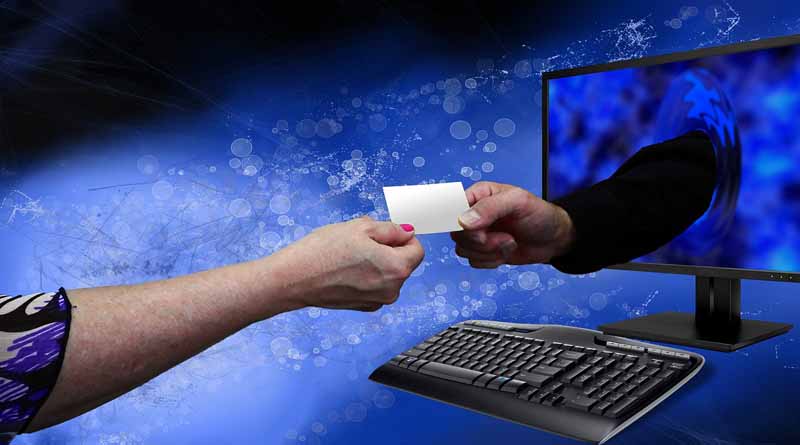 The world’s first .com domain name “Symbolics.com” was born on March 15th, 1985 by the now defunct Massachusetts-based computer manufacturer Symbolics. Since then, everything has evolved to a great speed and digital technologies have undoubtedly changed the way of marketing. The time of the first Apple iPad and the launch of Instagram is just several years ago, but now already seems to go back to another era.

Marketers have never been as quick to communication with consumers, and to retain over the long term with increasingly relevant and personalized content. Following are the five most important events of digital marketing:

“The little streams make big rivers”. When Sir Tim Berners-Lee launched the first website at CERN on August 6th, 1991, the purpose of the small site consisting only of text and was mostly for academic – “The WorldWideWeb (W3) is a wide-area hypermedia information retrieval initiative aiming to give universal access to a broad universe of documents.”

As marketers have been quick to realize the Web also provides access to a broad universe of customers. It is in this context that emerged in 1993 the first advertising web banner. Since then, marketers started trying to retain customers, to get clicks and attract their attention. Today, the creation of a website to launch a marketing campaign is always the priority for 48% of marketers (MarketingSherpa), while half of the customers judge the credibility of a company and a product according to their website (NewsCred).

The World Wide Web has provided an underlying infrastructure that has elevated the brand communication to a whole new level. The oblique marketing (or push marketing) has now turned into pull strategy (marketing pull).

Sending and receiving emails are part of our daily lives today. In fact, in 1971, the first email was already exchanged via the ancestor of the Web, ARPANET, between researchers at the University of California, Los Angeles and the Stanford Research Institute in Palo Alto. The first emails were primarily academic crossroads. But the good vibes were short-lived, with the first wave of spam flooding the inboxes 400 ARPANET users in 1978.

From 1994, service providers such as Yahoo, Hotmail, AOL etc. largely popularized email. According to the “Email Statistics Report, 2015-2019” by Radicati, in 2015, there are over 205 billion emails were sent and received per day.  As new channels are constantly emerging, McKinsey & Company found that the email was 40 times more effective in acquiring new customers compared to Facebook or Twitter .

Sending personalized emails in real-time and at low cost has led to closer distances between people, while creating a larger playground for marketers. The secret lies in the use of responsive email template.

1994- The revolution of e-commerce

Though Pizza Hut often gets credit for the first e-commerce transaction (they started selling pizzas online in late August 1994), the actual credit goes to Dan Kohn, a 21-year-old entrepreneur who ran a website based in New Hampshire called NetMarket.

Any product is now available on the Internet. Some companies like Amazon already offer two-hour delivery services in some areas. Today, more and more customers purchase directly from their mobile devices. Mobile purchasing represents 24.4% of total revenue from e-commerce in 2017 (ABI Research), the supply of services being increasingly effective. We will soon see the products we ordered online are delivered by drones.

Marketers know the value of e-commerce lies not only in shopping, but also an opportunity for customers to access all sorts of useful data, such as where, when and what to buy.

Digital marketing concept is divided roughly into two domains. Before Google, make money via the Internet was limited to advertising, to the pages of consultation and contacts. But in 1998, the indexing engine developed at Stanford University by Larry Page and Sergey Brin has radically shifted the focus to the classification of research and customer data.

Google now processes over 40,000 search queries every second on average, which translates to over 3.5 billion searches per day and 1.2 trillion searches per year worldwide (Internet Live Stats), and most companies cannot take the risk of not appearing in Google’s search results.

As a marketing expert, “if you want to be seen as a specialist in digital marketing, opt for Google!”

Sometimes the future comes a little too soon. This was the fate of SixDegrees.com, the first networking website launched in 1997 which had to close in 2000. The networks like Friendster and MySpace have attracted millions of users, before Facebook, which was founded by Mark Zuckerberg in his Harvard dorm room in 2004.

In 2015, Facebook has 1,366 billion users worldwide. Mobile messaging platforms such as Twitter and Instagram respectively comprise 288 million and 300 million monthly users on their smartphone Apps. The social media revolution has fundamentally changed the way brands talk to their consumers. Today, over 84% of B2B marketers say they use social media in their campaigns.

The advent of social media completes a cycle that the consumer data (not clicks on banners) are the real engine of the digital economy.