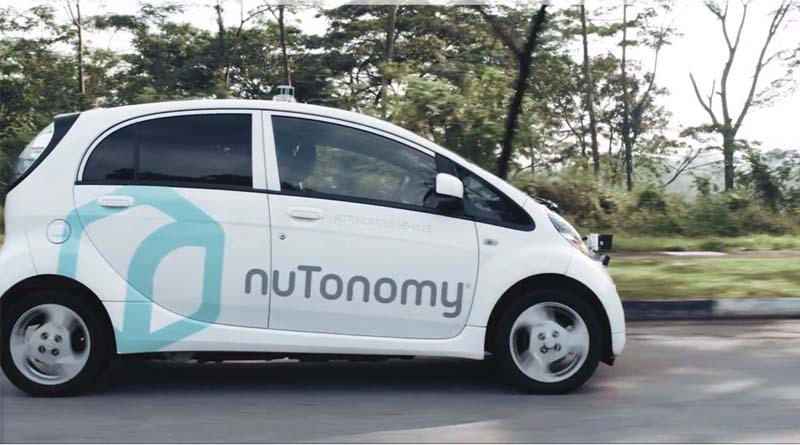 The taxi arrives, and the driver is missing. In Singapore, self-propelled cars have become part of urban transport since last week. The world premiere startup nuTonomy has launched the service a few weeks before the global ride-hailing service company Uber, which plans to offer rides in autonomous cars in the US.

The driverless future has already begun

The world’s first driverless taxi service, which is controlled by software rather than by a human being, has started its operation on Thursday, August 25th, 2016 in Singapore’s One-North District, an area where a lot of media and technology companies are located. “At the beginning, I was really nervous when the steering wheel is moving all by itself,” the businesswoman Olivia Seow, one of the first who tried the service said when she was asked about the trip by members of the start-ups. “It impressed me that the car was able to detect other vehicles, even if they were still far away.”

The technology is first available in Singapore, and not in America or Europe,  where Uber, Google, or automobile companies like BMW and Daimler are working on self-propelled vehicles. The great metropolis with six million inhabitants wants to position itself as a pioneer in autonomous driving and has launched several experiments – from self-propelled tourist buses, to automatically controlled shuttles for business parks or driverless truck, the city is trying to integrate pioneering transport concepts in everyday life as quickly as possible.

Pang Kin Keong, Secretary of State in Singapore Transport Ministry wants the vanguard of the industry to attract and promises to provide some bureaucratic hurdles. “We invite companies and research institutions to test their technologies in real traffic conditions,” he said a few months ago, praising the possibilities of centralized government; “We provide financial resources willing and are able to accelerate approval procedures, so that the tests with minimal effort and can quickly get on the road.”

In the first phase, Singapore’s driverless taxi services are still limited to a small group of customers. A handful of local residents were invited to test the system. Now the residents can order a retrofitted, self-propelled Mitsubishi i-MiEV to the front door via smartphone App within One-North. In the first phase, the taxis operate on a six-kilometer road network in the district.

In the next phase, the system will be extended to an adjacent district and the services will be available for more users.

“The test allows us to get feedback from passengers under real conditions”, said Karl Lagnemma , the Co-Founder and CEO of nuTonomy. “This feedback is a unique advantage, as we work to bring an entire fleet of self-propelled vehicles by 2018 on the road.”

Lagnemma’s company is the first private company that allowed providing services on public roads in Singapore with self-driving cars. Several other providers are also trying to offer autonomous mobility in Singapore:

The country expects the technology will become the solution for several problems – The authorities want to reduce road congestion, combat skill shortages in the transport industry, and create through more efficient vehicle use more space for green areas.