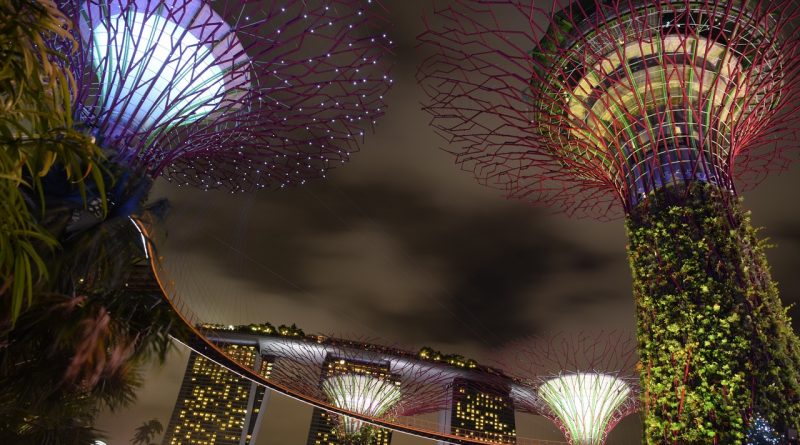 Singapore has a huge plan recently. The small country is working on one of the most ambitious IT experiments in the world – to create a realistic 3D virtual model of the city that looks like SimCity.

Virtual Singapore was scheduled to be finished by 2018. Many cities are working on the collection and analysis of city data to improve life in the city. What makes “Virtual Singapore” stand out from other projects is that it offers a 3D model and enable all users to visualize how the city will develop in response to population growth, new construction projects and other events over time.

Creating a Digital Nation for Everyone

“Virtual Singapore” is a project to support Singapore’s vision to create a “Smart Nation”, but access for citizens and visitors is different from other endeavors. The project in Singapore is more complex. Because different groups of people can get access to the data required in each individual case, the protection of confidential and sensitive information must be ensured – this is a complex security and privacy task.

“We need to give the right information to the right people at the right level at the right time,” said George Loh, Programmes Director of the NRF.  The system also needs to be accessible from many devices. Individuals may get access to the system with smartphone, tablet or laptop computers or PCs.

“The project is also called digital twin ‘,” said Chris Holmes, General Manager at IDC Insights, who lives in Singapore for 16 years. “All the moving elements of the city are to be detected and tracked in real-time.”

“We will watch more integration in the government’s work. For example, if a sewer is leaking somewhere in the city, the traffic authority, the police for blocking the street and the technician must be notified troubleshooting. If all these parties see the problem on the same platform, ‘can, they can coordinate actions better. “said Holmes.

“You can click on a building and see the surface of its roof, how much electricity it consumes,” Bernard Charlès, CEO of Dassault Systèmes, tells Tech Insider. “You can simulate how in the event of a gas leak or a bombing, the population could escape based on where people are. We have simulation engines for this.”

Inspiring the Next Generation of Technology Leaders

Virtual Singapore also provides an opportunity to the young people to be inspired in the city and inspire through projects such as the National Science Experiment (NSE) for subjects such as science and technology.

“The National Science Experiment has got three purposes,” said Professor Low Teck Seng, CEO of NRF. “One is to excite young people about STEM (Science, Technology, Engineering and Math), to get them involved in doing real-life experiments. Two, we want to actually ask them to use this data to understand the Singapore that they live in. Three, is to see how they can actually use this data for meaningful things with other participants of this experiment.”

The program is organized by the National Research Foundation Singapore and the Ministry of Education together with the partners at the Technical University of Singapore and the Design and Science Centre Singapore. It started in 2015 with a pilot project, which was attended by 300 young Singaporeans.

By the end of the NSE-2017 project will be a total of 250,000. Participants will be equipped with a simple, mobile device, the so-called SENSg which can measure data, including temperature, humidity and noise everywhere. The data is transmitted wirelessly to a central computer. Students register online can view their own data (including the number of steps taken, the time spent outdoors, and the means of transport used). This can be compared with the data of friends, and at the same time, the relationship between transport and CO2 footprint is mediated.